Rav Moshe of Peshvorsk was considered one of the greatest Jewish preachers of his time. Whenever he would hear that Jews were not obeying the law, he would fearlessly and unhesitatingly condemn their actions. He never differentiated between the rich or the poor, the weak or the mighty. He never held back his words even when the culprit happened to be a powerful or influential person.

One time, when he was on a visit to the city of Krakow, he heard that there were certain wealthy people who would make public pledges of large amounts of money to charity. However, when the gabbai tzedakkah would come to collect, they would protest that they had never pledged the large amounts.

That Shabbos, as many people – including those fraudulent donors – were gathered around the table for the seudah shlishis, Rav Moshe was asked to say a few words.

“As you know,” he began, “Chazal tell us that from every mitzvah that a man does, an angel of goodness is created. On the other hand, an evil angel is created from each sin that a man commits.

“It becomes obvious, therefore, that in heaven there are not only truthful angels but a great many false and lying ones that have been created from the lies of people who promise a great deal and fail to fulfill their promise.

The rich people heard these words and bit their tongues in anger. The next day they saw to it that Rav Moshe was chased out of town.

Though Rav Moshe suffered at the hands of such people, he never wavered in his call for truth and in his denunciation of the evildoers.

Thus, once he was in the city of Lvov he spoke out against the German haskala which was slowly penetrating the town.

It so happened that one of the leading wealthy men of the community was a maskil himself. The day after Rav Moshe spoke, this man burst into Rav Moshe’s room.

Rav Moshe looked at the man who stood arrogant and angry, his face shaven in contrast to the general custom of the time when all Jews wore beards.

“What do you want?” asked Rav Moshe.

“I demand to know why you spoke against the enlightenment and I want your promise that you will refrain from such speeches in the future when you are in Lvov.”

“Before I answer you,” said Rav Moshe, “let me tell you a little story about what happened to me the other day.

“I was walking along the street when, to my surprise, an ox walked over to me and stuck out its hoof to greet me.

“Indignantly, I pushed him aside and asked, ‘you have the nerve, you ox, seeking to have something to do with me. What do you and I have in common?’

“I realized that he was correct and begged his forgiveness. Going a little further, a cow that stuck out her hoof accosted me, too, seeking to shake my hand.

“Once again, I indignantly demanded to know what I had in common with a cow.

“‘Do you not drink my milk?’ demanded the cow.

“Once again I was forced to admit that I was wrong and I begged her forgiveness, too, and shook her hoof.”

“I had not gone another block before a goat approached and sought to greet me. This was too much for me and I demanded to know why I should bother to have anything to do with a goat.

“‘We do have something in common,’ he replied. ‘After all, you have a nice long beard and so do I.’

“I was forced to admit that the goat did have a point there and I agreed to shake his hoof.

“I had only taken a few more steps when a pig rushed over and stuck out his hoof to greet me. At this point I had had enough and exclaimed, ‘See here, you unclean animal! I do not eat your meat, I do not drink your milk and you have no beard. What in the world do we have in common and what could I possibly want to talk to you about?’ ”

The man understood the reference to himself as the pig, and left without saying another word.

The Difference Between A Mitzvah And A Sin

Rav Moshe was well known as a great believer who emphasized the importance of davening with great kavanah. Over and over again he would mention the words of the Shelah, “Prayer without kavanah is like a body without a soul.”

It is the custom of the chassidim to go to the mikveh before their morning prayers and his father took little Moshe every day.

One bitterly cold winter day they went to the frozen river to immerse themselves and as the little boy plunged into the waters, he cried out, “Oy, oy…”

After he emerged from the freezing waters and was wrapped in a warm blanket he smiled and murmured, “Ah, ah…”

His father smiled at him and said, “I want you to always remember this day and learn a great lesson from it. This is the essential difference between a mitzvah and a sin.

“When one first prepares to do a mitzvah he is not always willing to do it because it is not always pleasant and he first says, ‘Oy.’ Afterwards, however, he receives the reward and he says, ‘Ah.’

“With a sin, it is the opposite. It seems pleasant at first and one says, ‘Ah.’ Afterwards, however, he will receive his punishment and end up saying, ‘Oy.’ ” 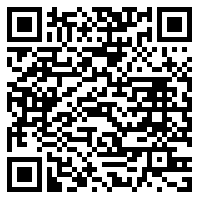