Rav Zvi Hirsch of Rimanov did not come from an illustrious family nor did he study at the feet of the great rabbanim. He was known for his simple background and the fact that, until a relatively late age, he had not truly learned Torah in depth. Nevertheless, his piety and earnestness earned him a great and honorable name in the annals of Chassidism.

Rav Zvi Hirsch was born in a small town in Western Galicia to simple parents, Yehuda Leib Katza and his wife Shprintza. They were ordinary Jews who attempted to raise their little son to be a good Jew. To this end they sent him to a cheder, never dreaming that someday he would grow up to be one of the pious leaders of Israel.

When he was not yet 10 years old, tragedy struck and he lost both his parents. Alone in the world, he was fortunate to have a cousin, Reb David of Tarnow, who took him in. Reb David had little money and possessions for himself and his own family. He searched for and found a simple but honest tailor who agreed to take in the little boy as an apprentice. He would teach him tailoring, so that the boy might have a trade when he grew up and not be forced to rely on the public for assistance.

Little Zvi Hirsch was fortunate in having a man take him in who cared not only that he learn a profession, but also that he observe the mitzvot. He took him every morning and evening to daven, made sure he washed his hands before meals, observed Shabbos and said brochos carefully. The observance of the mitzvot made a great impression on the young boy and he became more proficient in the service of the Lord than in the art of tailoring.

He would pray with great feeling and piety and on Shabbos, when he was free from the long and tiring work, he would not go out with the other children to run and play. Instead, he would say tehillim and go over the weekly portion of the Torah, spending Shabbos in holiness and sanctity.

The tailor grew very fond of the little apprentice and trusted him completely. He would let him deliver the finished clothing to his customers, and with the few zlotys that he received in the way of tips, Zvi Hirsch would buy candies which he would save for a very special purpose.

At night, when the exhausted tailor and the other workers would lie down to sleep, little Zvi Hirsch would lie down too, but not to sleep. When he was sure that everyone else was fast asleep, he would get up very quietly and light his candle. Behind the great stove, away from everyone’s gaze, he would sit and say tikkun chatzos (the midnight prayer for the Beis Hamikdash that had been destroyed) and the day’s order of tehillim.

Only his lips would move and no sound came forth from them. When he was finished he would blow out the flame and return to bed.

As he grew older, though, the life that he led was not enough for him. He realized that he was ignorant of Torah, and he began searching for some way in which he could learn and, more important, for some path in life to satisfy his hungry soul.

As Rav Zvi Hirsch used to say when he was already an adult, “I was never a great success as a tailor. I did, however, learn two very important things from my teacher. When he used to give me a garment that was old and torn, he would say, ‘Be careful to sew up the tear so that it is as good as the original.’ On the other hand, when he would give me a new material he would say, ‘Be careful not to ruin the good material that I have given you.’

“These two things I have never forgotten,” Rav Tzvi Hirsch would say. “I have always tried to repair the tears in my soul so that I may return it to my Maker in as close as possible to its original condition. On the other hand, I watch every good quality that I have acquired so as not to ruin it …” 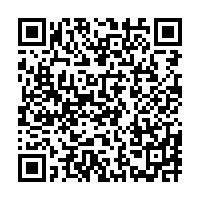