Those who study the Talmud are forever indebted to a commentary found on the side of the pages, which enables the student to find the source of a particular law. This commentary, known as Mesoras HaShas, is the work of one of the most brilliant and erudite Talmudic scholars, Rav Yosef Shmuel of Cracow.

His greatest fame however, came as a result of being the rav of Frankfurt, renowned for having so many great rabbanim. How he came to be there is a fascinating and beautiful story.

The chief rabbi of Frankfurt was an old man and became ill. He realized that his end was near, so he called in the leaders of the community.

“I know that I am going the way of all flesh,” he said, “and I wish to make sure that the rav you choose to follow me will be the right one.

“Therefore, I will now pose to you three extremely difficult Talmudic questions that only a true scholar will be able to answer properly.

“Send out people, and if they find a scholar who can answer these questions, he is worthy to serve as rav of Frankfurt.”

Soon after, his soul returned to its Maker. Following the period of mourning, the community appointed a group of scholars to find a proper rav for the city.

In those days, few cities possessed as many scholars as the Polish city of Cracow. The delegation, therefore, headed directly there and made their mission known to the leaders of the Jewish congregation. The leaders were delighted to learn of the guests’ mission and invited them to search the yeshivas and study halls to their hearts’ content.

It so happened, that the next morning, one of the important leaders in the city had invited his friends and compatriots to take part in the festivities of the bris of his child.

The happy event attracted rabbanim and scholars as well as communal leaders. As the guests were seated, the 10-year-old son of the happy father rose and delivered a Torah discourse that had been prepared for him by his teacher.

As the guests from Frankfurt sat in utter amazement, the 10-year-old proceeded to ask the very three questions they had come to hear answered, and gave direct and lucid answers to them.

As soon as the youngster finished, they hastened over to the father. “Where did you son learn this Torah discourse?” they asked.

“It was taught to him by his teacher, who teaches all the young children in the area. His name is Rav Yosef Shmuel and he is the shamash in the old synagogue.”

The Frankfurt guests were even more impressed now. A teacher of young children and a shamash in the synagogue who was capable of creating such a Torah discourse! It was amazing.

Hurrying to the great synagogue where Rav Yosef Shmuel worked, they found him sitting and teaching Torah to his young students.

“Excuse us,” they said, but we have something very urgent to discuss with you.”

Rav Yosef Shmuel looked at the guests and said, “I am very sorry, but I am hired to do the holy work of teaching children Torah. I am not allowed to waste even a moment from this work. This evening, when I have finished, I will be glad to see you and talk with you.”

That evening the guests returned and told Rav Yosef Shmuel, “Our late rav told us that we should choose a man who could answer three difficult questions from the Talmud. This morning we heard one of your students give a Torah discourse in which those very questions were asked and brilliantly answered.”

Rav Yosef Shmuel looked at his guests in wide-eyed amazement.

“What? I, a simple teacher of children, should become rav of the great and important city of Frankfurt? Impossible. I am not worthy of the honor nor fit for the position.”

No matter how much the Frankfurt delegates tried to persuade him, Rav Yosef Shmuel would not budge.

“I am only a teacher of children. I am not worthy of being a rav for the Jewish people.”

The guests were forced to return home, sad and disappointed, having apparently failed in their attempt to find a proper rabbi for Frankfurt.

Not many days later, suddenly and mysteriously, Rav Yosef Shmuel fell ill. The doctors were puzzled. They could not find the source of his sickness. Rav Yosef Shmuel, however, understood what had happened. The Almighty wanted him to accept the position and had punished him for refusing to lead a community.

“Sovereign of the universe,” he said, “you know that my refusal to become rav of Frankfurt was not because of stubbornness or other such reasons.

“I honestly did not believe that I was worthy of holding such an illustrious position. But if you desire that I accept the post, I am ready and willing to disregard my own personal feelings and accept Your will.”

When Rav Yosef Shmuel finished speaking he felt his strength return. When, after a few days, he was better, he sent word to the happy city of Frankfurt that he was finally ready to be their rav. 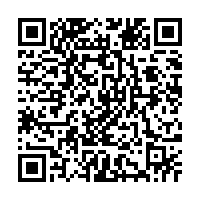