Zemira wasted no time. She realized that if they found the two unfortunates, they would need money in order to ransom them. She sold her father’s property and prepared to go with her husband to the city of Gat in the land of the Philistines.


They traveled for many days until they reached the city. They did not tell the slaves who they were, but went directly to the owner and said: “We wish to buy the two slaves that you have here.”

The owner, seeing how anxious they were, decided that he would make a large profit on the transaction and said: “Very well, but the price will be 10,000 shekalim.”

Zemira gasped when she heard this outlandish figure. She never hesitated, however. Taking out her bag of gold, she began counting out the money he demanded.

Alas, when all the money was counted, they were 70 silver shekalim short.

“What shall we do?” cried Zemira. “This Philistine is a hard-hearted man. He will not take a peruta less than the full price that he has set.”

“There is only one answer,” declared Raamyah. “I will sell myself as a slave to raise the rest of the money.”

And so he did. For a year and three months he worked as a slave in order to raise the final amount of money needed to ransom Uziel and his father. At the end of that time, he gained his freedom and was free to return to his wife and child

It was a tearful and happy Zemira who welcomed her husband back. On they went to Jerusalem where Raamyah was no longer recognized. There they found that Raamyah’s father had died, and that the property that he had possessed belonged to his son.

Raamyah sold the property and with all the money, he went to Uziel and his father and, weeping before them, cried: “I beg of you to take this money. I know that nothing that I do will ever suffice to compensate you for the great evil that I have caused to come upon you.

“Nevertheless, accept this money and try in your heart to forgive me.”

Uziel and his father were so touched by the sincerity of the poor man that they forgave him on the spot. Furthermore, knowing that he was giving them his last shekel and would be destitute, they gave him 100 pieces of gold and said: “Take this money and buy yourself a field and a house so that you may be able to build a new home for yourself and your family.”

And thus, a new life began for the unfortunate couple. Raamyah and Zemira went to a nearby village and bought a small farm on the outskirts. There, Raamyah began to atone for his life of sin by doing charity work and raising his son to be a Jew who walked in the path of Torah.

Thus our Sages explain the reason for one of the very few earthquakes to occur in Israel. 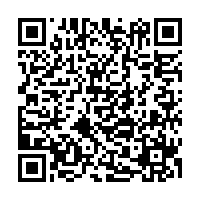