The parents of Steven Sotloff, the Jewish journalist who was beheaded by a member of ISIS, will light a public menorah in Miami in his memory.

Arthur and Shirley Sotloff will light the first candle of Hanukkah Tuesday night at the Chabad center in Miami.


“Steve was a proud Jew who always enjoyed the holidays,” his father, Arthur Sotloff, told Chabad.org. “It was one of his defining characteristics.”

“Chanukah is a time we commemorate the vanquishing of our enemies who tried to deprive us of our right to live with Torah,” Arthur Sotloff said. “The Maccabees fought for Judaism, and Steve fought for the values they endowed us with.”

The directors of the Chabad center in Miami, Rabbi Yossi and Nechama Harlig, got to know the Sotloffs during the Shiva period for their son. They decided Hanukkah would be the appropriate time to honor the slain journalist “who sought to bring a little more light and truth to the world,” according to Chabad.org

Sotloff, who grew up in Miami, was abducted on Aug. 4, 2013, after crossing the Syrian border from Turkey. On Sept. 2, ISIS released a nearly three-minute video online titled “A Second Message to America” showing the beheading of Sotloff.

Sotloff published articles from Syria, Egypt and Libya in various publications, including Time.com, the World Affairs Journal and Foreign Policy. He also freelanced for The Jerusalem Post and the Jerusalem Report magazine.

It was revealed after his death that Sotloff, 31, held Israeli citizenship. His connections to Israel and the Jewish community reportedly had been sanitized from the Internet and social media in order to keep the information from his radical Islamic captors.

Sotloff, a grandson of Holocaust survivors, made aliyah in 2005. 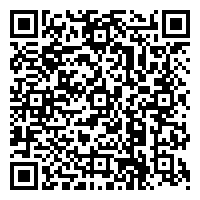