During the era of the Second Beit HaMikdash, in the city of Chevron, there lived a man named Nadav who was generous and charitable, always on the watch for a person in need whom he might help.

Nadav took pity on the numerous paupers in the city and would constantly invite them to be his guests. Even when the immense expenses began to eat into his income, he did not cease giving tzedakkah. He sold his fields and his property and with the money he continued to do chesed.

The day soon arrived, however, when all that he owned was gone and he remained a poor man himself. His family had to struggle and there was little food in the house. Now it was Hoshana Rabba and what were they to do? His wife had put some money away and now gave it to him saying, “Here is money to buy food for Yom Tov. Be careful because it is all that we have left.”

Nadav took the money and set off to buy food for his family. When he arrived in town, however, he noticed the gabba’ei tzedakah collecting money. Going over to them he asked:

“Is there any special reason for collecting money today?”

“Yes, there is,” they replied. “A young orphan girl is homeless and without food and she is desperate. We are collecting emergency money for her.”

When Nadav heard this he said: “I am poor today my brothers, but at least my children have a father and a mother who will see to it that, somehow, they will always have some bread. But this poor child, if we will not help her, how will she live?”

And with that, Nadav thrust into their hands the money that his wife had given him to buy food. The gabbaim looked at him and cried out: “May the Almighty bless you as you deserve!”

He had done a generous thing, but Nadav did not know how to face his wife. He wandered into the courtyard of a nearby shul and saw children playing with esrogim.

Going over to the children, he said: “Children, if it is not too much to ask, may I have the esrogim you are playing with?”

The children knew of Nadav and gladly gave them to him. Nadav then took all the esrogim, placed them in a sack, and set off for the nearby port. Perhaps if he left for a different land fortune might shine upon him….

The King Is Ill

The ship took Nadav to a foreign land whose king, at that very moment, lay ill. His doctors shook their heads gravely as they consulted together.

“There is no hope for him,” they agreed. “This illness is too mysterious and there is no known cure.”

Gloom shrouded the palace as word spread that the king was doomed. That night, however, as the king lay in troubled sleep, he had a remarkable dream. A figure appeared to him and said:

“Know that there is still a way for you to be saved from the terrible malady you have. If you can eat from the special fruit on which the Jews make a blessing on their holiday, you will yet rise from the bed and live.”

The Fruit Is Found

The king awoke in a frantic state and called for his servants.

“Go quickly, and scour the country. Perhaps there is someone who possesses the sacred Jewish fruit.”

The servants began to hunt desperately throughout the land for the fruit but no one even knew what the fruit looked like. But the Hand of the Almighty was already thrust out in salvation. The ship carrying Nadav had docked and the forlorn man stepped ashore bearing his sack of esrogim. He sat down on the dock and opened the sack to inspect his possessions. At that moment two soldiers of the king rode up and shouted: “You, stranger, what have you on your hand?”

Nadav trembled with fear. “Why, it is nothing. It is only some fruit that I have brought with me from my native land and which I hope to sell here.”

“We can see that it is fruit,” answered the soldiers, “but it is a strange kind. What is it called?”

“We call it an esrog. It is a special fruit that we Jews bless on our holiday.”

When the soldiers heard this they exclaimed happily: “You mean this is the sacred Jewish fruit? Hurry, get on the horse. You are coming with us to the palace.”

Nadav was lifted on the horse and he hung on for dear life as the soldiers charged swiftly through the city streets. He was terrified for his life and he prayed to G-d to save him from the hands of what, he thought, were evil kidnappers.

When they arrived at the palace, Nadav was taken immediately to the king’s room where all the ministers and officers were assembled about the bed. Seizing Nadav’s sack, they quickly gave the feeble king a bite from one of the esrogim. Nothing happened. The king lay still and white. They gave him a second bite and a third and…

The miracle happened! The king’s color returned to him and his breathing became even and strong. His eyelids fluttered and he opened his eyes to look about him.

A shout of joy arose in the room; all began to laugh and talk excitedly.

“One moment,” said the king. “Where is the Jew who brought the sacred fruit and who saved my life?”

Nadav was taken to the king’s bedside and the king said: “You have saved my life. The bag of esrogim shall be emptied and filled with all the gold it can hold. Is there anything else I can do for you?”

“I seek only to be able to regain my former land and holdings,” replied Nadav.

“That shall be done,” replied the king. “Let another sack be filled with gold and precious stones and with it redeem your possessions.”

Nadav left the palace of the king as if in a dream, He ran to the dock and boarded another ship which took him back to the land of Judea. There he returned to his home in Chevron where the word had already preceded him.

The entire town came out to greet the good Nadav, crying: “May the Name of G-d be blessed, Who has aided and raised you.”

And so, the goodness that was his due was given Nadav. He continued in the ways of charity and kindness until the day he died. 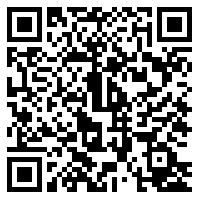