After the Chasmonaim defeated the Greeks their descendants assumed the throne of Eretz Yisrael and ruled over Bnei Yisrael. In the first years of their reign, they followed the path of Hashem and He was good to them.

The country was prosperous and the wheat grew tall in the fields and the grapes hung heavily on the vines. The rains came as the Almighty had promised, in their proper time, on the eve of the fourth day of the week and the eve of Shabbos. The people were happy and Hashem was happy with them.

In the days of Yannai, however, all this changed. There arose amongst Bnei Yisrael a group known as the Tzeddukim, who rejected the divinity of Torah Sh’Baal Peh and this led to a great split in Klal Yisrael. The story of the beginning of this civil war is told below.

When King Yannai saw that the land was blessed by Hashem, he said to himself:

“All that I do is blessed with success. I shall now go to war and gain for myself great glory.”

So speaking, he gathered a mighty army and went to war. He succeeded beyond his wildest imaginations and 60 fortified cities with great wealth fell to his soldiers. Returning home in triumph he decided to celebrate with a great feast. Calling the Chachamim to the palace he said to them:

“When our fathers returned from the exile in Bavel they built the Bais Hamikdash again but were so poor that they could eat only humble bitter greens. Now, however, we have been blessed and we are wealthy. No longer must we eat humble foods but we can load our tables with the most delicious of foods and the most expensive of wares.

“I propose, however, that we also eat some of the bitter greens in remembrance of the days of our poverty.”

When the Chachamim heard this they nodded in agreement.

“What you say is good, King Yannai. It is wise that we should remember the days of our poverty now in order that our hearts not become haughty and that we both remember our poor brethren still among us and the fact that all our wealth is dependent upon the bounty of the Almighty, not the strength of our hands.”

And so it was agreed to do as the king proposed. On the golden dishes of the royal house there were placed also bitter greens and the people partook of them.

As the celebration moved forward, however, an evil man, one of the Tzeddukim who was jealous of the fact that the Chachamim were held in such high esteem by the king, decided that he would do something to poison the atmosphere.

The man, whose name was Elazar ben Poirah, approached the king and said to him:

“How long will you persist in believing that those Chachamim, the Perushim, are truly your friends and advocates?”

The king looked at him in amazement:

What do you mean? Are you saying that they are secretly my enemies?”

“That is precisely what I am saying,” replied the evil man. “I say that in their mouths they speak peace but in their hearts they secretly despise the king.”

The King Is Fooled

The king was taken in by the scheme of the evil Elazar and he asked him,

“Can you prove the serious charge that you allege?”

“Indeed, I can. Let the king put on his forehead the golden tzitz with the Immutable Name of Hashem on it, the one that can be worn only by the Kohen Gadol. Why cannot you also assume the mantle of the Kohen Gadol? Are you not from the Chashmonaim?

“Do this, and then see if the Chachamim are truly your friends or your secret enemies.”

The king agreed to do as the cunning plotter suggested and when the people saw that he wore the gold tzitz they rose in awe.

When the Chachamim saw that Yannai had placed on himself the golden tzitz and that he meant to assume the role of the Kohen Gadol in addition to that of the king, one of them, Yehuda Ben Gedida called out:

The people were shaken and the king was furious.

“What are you saying? Am I not of the seed of the Chasmonaim and were they not descendants of Aharon, the Kohen Gadol?”

“It is true that you are a Kohen,” replied Yehuda Ben Gedida, “but your mother was captured in the wars and she was defiled. You are therefore forbidden to be the Kohen Gadol.

Yannai was livid with anger at these words. The evil Elazar, seeing this, approached the king again and said: 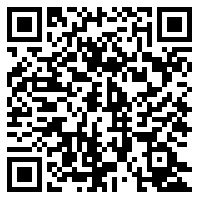