In the days of Shlomo HaMelech, the richest man in the land lived in Yerushalayim.  His name was Bavsi and he was known as a wicked miser. He oppressed his servants and his slaves and made their days bitter with toil from dawn until late at night. Because he was so stingy, he did not give them enough food to eat, so they and their children constantly suffered from pangs of hunger.

His evil reputation became so widespread that people began to say, “Stingy as Bavsi.” Others even said, “Evil as Bavsi.” All manners of stories used to be told about his stinginess. It was said that he had purposely not married so he wouldn’t have to support a wife and children. There was also a story told that the day after his brother came for dinner, no food was given to his servants and slaves in order to make up for the cost of his brother’s dinner.

One time a great famine raged in the land. The wealthy but upright citizens opened their granaries and distributed food among the poor – but not Bavsi. He kept his granaries well-secured and put additional locks on the doors. He even reduced the food rations of the people of his household. He became a food profiteer, selling for very high prices, and his wealth multiplied.

Bavsi’s behavior aroused the people’s ire, and they muttered angrily against him until their indignation finally reached Shlomo HaMelech. When the wise king heard what was being said about Bavsi, he grew angry and he decided upon a plan to teach him a lesson.

He sent a royal chamberlain to him with an invitation to dinner. Bavsi was overwhelmed by such an honor from the King and he rejoiced greatly.

“It seems that I have found great favor in the eyes of the King,” he thought. “How my enemies will rage over my good fortune!”

All day long, Bavsi refrained from eating. He wished to arrive hungry at the King’s table so that he might consume more of the royal courses.

Upon Bavsi’s arrival at the royal palace, a chamberlain conducted him ceremoniously into a separate room and said, “The King will sup with you alone tonight. The following are the rules of conduct for when you sit down at the table with the King. You must do what I tell you, else the King will grow angry. And woe to you if the King should grow angry!”

“I will do as you bid me,” answered Bavsi, a little frightened.

“First of all, you must never ask for anything, neither from the King, nor from any of the servants. Secondly, no matter what you may see happen, you must not ask any questions nor utter any complaint. And lastly, when the King asks you whether you are enjoying the various courses, you must outdo yourself in praising them, even if they should not please you. Promise me, you will remember and obey the rules.”

“Very well then,” said the chamberlain. “There is still one hour before supper so I will have you wait in another room until I call you.”

The chamberlain then conducted Bavsi to a room. There, an open door led into the royal kitchen.

As Bavsi waited patiently, he saw through the door the elaborate preparations being made for the King’s and his supper. The aromas of the sizzling roasts and other courses were wafted through his nostrils. Since he had not eaten all day, he was very hungry, and the smell of food only teased his appetite. Several times, he had to exercise great self-control to keep himself from going into the kitchen so that he might still his hunger. He gritted his teeth and waited for supper.

The time arrived at last.  The chamberlain entered and led Bavsi into the royal presence.

“Sit down, my friend,” King Solomon said to him affably. “Do not be bashful, and eat to your heart’s content.”

Bavsi seated himself. A servant entered and placed a baked fish on a golden platter before the King. The King commenced to eat and as he ate, he exclaimed with rapture, “What fish! How delicious!” 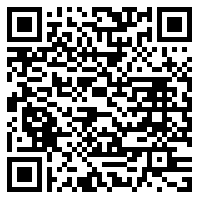