Throughout our lives we are faced with the problems of people who have, either through accident of birth or other environmental reasons, been blinded to the beauties and the treasures of our magnificent Torah. Because of this, they fail to follow in the path of the Almighty and at times may even mock those who follow Him.

How should we deal with such people? Should we grow angry with them? Should we curse them or turn away from them angrily? Because of their love for Torah and their zeal for its honor, many well-meaning Jews do this. However, this was not the way of the saintly Hillel.


Hillel was blessed with such love and tolerance for humanity that he strove patiently to explain the truth to the wanderers from the righteous path. He sought by patience and kind words to bring back those who had strayed, and because of his humble and quiet conduct he succeeded in impressing many of those people.

It happened one day that the sage Shammai, one of the great Tannaim in history, was engrossed in learning when a non-Jew asked to speak to him. Shammai, who always advised his students to greet every stranger with love and kindness, asked him to be seated and inquired as to the nature of his visit.

“I am interested in learning something about Judaism,” replied the man.

“I will be glad to answer any questions you might have,” replied the sage.

“Tell me, then, how many Torahs are there?”

“There is,” said Shammai, “of course, one Torah, but it is divided into two parts, the Written Torah, which is comprised of the Five Books of Moses, and the Oral Torah, the Talmud, which is an explanation and interpretation of the former. Both were given to us by the Almighty at Sinai.”

The man sat for a moment and then said: “I desire to become a convert to Judaism but only on the condition that I learn and observe merely the written part for I do not believe that the oral part is from G-d.”

When Shammai heard these words he was deeply hurt and was sure that the man had come only to offend and mock him.

“Leave my presence,” he said, “for what you request is not possible.”

The man left and proceeded directly to the home of Hillel where he repeated his request.

Hillel thought for a moment and then said, “Very well, I will do as you say. Let us begin.”

Showing him the alphabet, Hillel began teaching him: “This is an aleph, this a beis…”

The next day, the man sat down eagerly for his second lesson and Hillel calmly pointed to the aleph, saying: This is a tav…”

The man looked up at Hillel with a puzzled look on his face.

“But yesterday you said this was an aleph.”

Hillel smiled and replied to the man: “I see that you rely on what I told you yesterday.”

“Of course,” said the man. “After all, are you not a great scholar? How can I argue with you?”

“If this is so, rely upon me in the simple matter of the Oral Law. Believe me when I tell you that it was given to us by the Almighty and it serves as a vital complement to the Written Law, without which we would not be complete.”

The man was so impressed with Hillel’s intelligence and patience that he resolved to trust in him and learn the Torah in the way the rabbis have handed it to us from Sinai.

I Want To Be The Kohen Gadol

On another occasion, a Gentile approached Shammai with a request that he convert him. He, too, had a pre-condition, one that was even more bizarre.

“Convert me, I ask you, on condition that I am able to be appointed Kohen Gadol, for such a man is the most honored and respected in Israel.”

Once again, Shammai felt the man was mocking him for everyone knew that the Kohen Gadol must come from a family of Kohanim. He therefore refused to have anything more to do with the man and ordered him to leave.

This man too approached Hillel and repeated his request. Hillel, as always, refused to grow angry; he merely nodded and said: “Of course. But, it is obvious that before you can become the Kohen Gadol you must learn all the pertinent laws and regulations concerning the position.”

Hillel began to teach the man the laws of the Kehuna, the priestly requirements. When he reached the verse which declares, “And the stranger who shall presume to approach and do the Temple service shall die,” the man became frightened and asked,

“What is the meaning of these words? To whom do they refer?”

“Know, my son,” replied Hillel, “that these words do not apply only to you. Would the great King David himself, who was not a Kohen, demand that he be allowed to perform the Temple service, the punishment would be visited upon him as well.”

When the stranger heard these words, he declared: “Now I understand, my master. Surely, the prohibition is not aimed merely at me. Despite the fact that all Israel are holy there are still certain areas set aside by the Almighty only for the sons of Aaron.”

Torah On One Foot

Still another gentile approached Shammai and asked that he be converted, declaring: “Teach me the entire Torah while I stand on one foot.”

Shammai, quite properly, thought the man had come to mock him and refused to have anything to do with him.

When the man came to Hillel, the sage agreed to do as he had asked of him.

“Very well. I will do as you ask. Stand on one foot and I will tell you what you wish to know.”

As the man raised one foot and teetered on the other, Hlllel said: “What is hateful unto yourself do not do to your friend. This, my son, is the essence of the Torah. In order to reach that level, however, it is imperative that we purify our souls and bodies. Only the mitzvahs of the Torah can do this. You must now go learn these too, for they are the supports and the explanations of this great law I have taught you.” 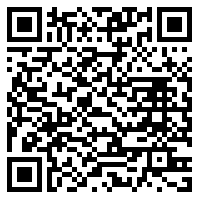