In the town of Grodno there lived a rich man who was stingy and cruel. But he was very clever and he usually disguised his deeds by pretending to be kind and good. Many people were not aware of his behavior and even considered him kindhearted. Erev Shabbos he would usually invite some poor traveler to his home, making sure everyone in shul saw him doing it.

But the traveler was in for a terrible surprise. He would be placed at the head of the table as a sign of honor and then the game would begin. The host and his wife would ply the stranger with innumerable questions so that out of politeness he would have to answer them. This, of course, gave him no opportunity to eat.

In the meantime, the host and his wife would take turns eating while the other kept the guest talking. They thought it was a great joke, and to add insult to injury, when there was nothing left on the table, the host would turn to the poor guest and remark, “Why didn’t you eat? Now, unfortunately, there is nothing left. You shouldn’t talk so much.”

The poor man had no choice but to thank his host and go to bed hungry.

One day, Hershel Ostropolier arrived in this town having heard of how this man would trick the poor. He had decided to take revenge on him for all the poor unfortunates he had mistreated.

That Friday night Hershel asked the shammas to arrange with the rich man that he be invited to his home for Shabbos.

“Are you crazy?” asked the shammas. “Don’t you know that he is a very wicked man and he will cause you a lot of misery?”

The shammas tried to dissuade Hershel, but to no avail. Hershel insisted that he call upon the rich miser and persuade him to accept Hershel as his Shabbos guest.

The shammas finally agreed and approached the rich man to make the necessary arrangements. That Friday night Hershel was introduced to his Shabboshost. After davening he went home with the rich man. As was his custom, when they sat down to the Shabbos meal, the rich man seated Hershel at the head of the table, in the place of honor, and introduced him to the members of his family.

After Kiddush a servant brought in a large pot of fish. Its wonderful aroma made everybody hungry, especially Hershel. The rich man immediately struck his fork into a fine portion of the gefilte fish and put it on his plate. He proceeded to do the same for his wife and children and then, as if absent-minded, he didn’t put any fish in Hershel’s plate.

Instead, he turned to Hershel and asked, “Where do you come from, my good man?”

“From Vishnitz,” Hershel answered, naming a town nearby.

“From Vishnitz? Then surely you must know Berel, the banker. How is he?”

“What!” exclaimed the host in astonishment, turning to his wife. “Did you hear what he said, Malka? My good friend Berel is dead. Why didn’t they let me know?”

In the meantime, while the rich man was digesting this distressing news, Hershel reached across the table and struck his fork into a large portion of fish, which he put on his plate. He began to eat with great zest.

Recovering from the initial shock, the host turned to Hershel and asked, “How is Chaim?”

“Which Chaim do you mean?” asked Hershel.

“I am referring to Chaim who owns the inn in Vishnitz.” 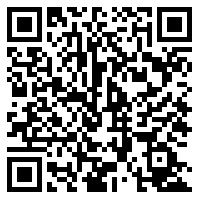