With Purim just around the corner, it seemed appropriate to share the stories of Daniel whom Chazal say (Megillah 15) was Hasach from the Megillah.

In the third year of the reign of Yehoyakim, Melech Yehudah, Nebuchadnezzar, king of Bavel, besieged Yerushalayim and conquered it. He took Yehoyakim and some of the treasures from the Beis HaMikdash back with him to the land of Shinar, to the house of his god.

The king then ordered his couriers to round up the wisest children of Yehudah, in whom there were no blemishes, and who were knowledgeable in the sciences. Among those chosen were four outstanding young geniuses: Daniel, Chananiah, Mishael and Azariah.

The king commanded Ashpenaz, the chief of his courtiers, to provide the children with the best of his meat and wine so that they should be healthy in body and in mind when they appeared before him.

Daniel and his companions, however, would not defile themselves with the king’s meat and wine and they requested of the chief of courtiers that he provide them, instead, with vegetables.

The chief of courtiers was afraid to comply with this wish. “I fear to disobey my lord the king, who has ordered me to give you his meat and wine. For, if he sees you looking worse than the other children of your country who are eating this meat, he will have me killed.”

“Fear not,” replied Daniel. “Experiment by giving us only vegetables and water for the next 10 days and then compare our appearance with the other children who will eat the king’s meat. You will then see who will look healthier.”

He agreed and for the next 10 days he only served them vegetables and water. And lo and behold, at the end of that time their countenance appeared fairer and fatter in flesh than all the children who ate meat. From that day onward, Daniel and his companions only ate vegetables.

G-d gave Daniel and his companions knowledge and skill in all learning and wisdom, and to Daniel, especially he gave understanding of all visions and dreams.

After three years of study, they appeared before the king and the king found none like Daniel, Chananiah, Mishael and Azariah. In all matters of wisdom and understanding, the king found them to be 10 times better than all the magicians and astrologers in his realm and appointed them to be his personal advisors.

In the second year of the reign of Nevuchadnezzar, he had a terrible dream, but when he woke up he forgot what it was about.

The king called all of his magicians, astrologers, sorcerers and the Chaldeans and told them he needed to have the dream interpreted.

“O king, live forever,” said the Chaldeans. “Tell your servants the dream and we will then offer you its interpretation.”

The Chaldeans replied, “There is no man on earth who can fulfill your request and there had never been a king who has asked such an unfair request.”

Death To The Wise

The king became very angry and he commanded his guard to destroy all the wise men of Bavel. Among those to be destroyed was Daniel, who had not attended the sessions of the Chaldeans. When he was made aware of this decree, he sought out Arioch, the king’s captain, and advised him that he would tell the king his dream and its interpretation the following morning. 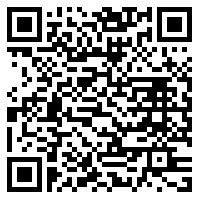