Rav Eliyahu Chaim Maizel used to laughingly say, “In the distant places of Lithuania and Poland, people who do not know me, but have only heard of me, address me with grandiose titles such as, ‘gaon,’ ‘genius,’ etc.’ In Lodz where people know me, face to face, they call me, ‘rebbe’ and ‘master,’ but my wife who really knows me intimately, my true worth, merely calls me, ‘Eliyahu Chaim’!”

Once, while passing a little hamlet, Rav Eliyahu Chaim, was invited to attend a wedding to be held that night. The town would be honored, he was told, if his honor, the gaon, would be present. He readily agreed to partake in the mitzvah.


That evening, the entire community waited for the ceremony to start. However, a few hours passed and there was still no sign of the bride and groom. Rav Eliyahu Chaim approached the bride’s father and asked him why the ceremony was being delayed.

The man sighed and said: “The groom will not come until I immediately give him his house furnishings which I promised him. Unfortunately, I have no money at the present time to give him what he wants.”

“Come with me,” said Rav Eliyahu Chaim. The rav was returning from having purchased silverware and other utensils for his home, which he had packed in cartons in his coach. He gave all of these cartons to the bride’s father and said, “Here, give this to the groom and perform the ceremony.”

The groom was happy about the fulfillment of the pledge and the wedding ceremony was held. They danced and made merry the entire night.

Early in the morning the coachman rushed over to Rav Eliyahu Chaim and cried, “Rebbe, the cartons of silverware and other goods have been stolen!”

The rav calmed him, telling him that G-d would surely replace the loss. When they reached home, the coachman told the Rebbetzin that the merchandise had been stolen. She was very aggravated but she kept quiet, realizing she couldn’t do anything about it. That evening the rav described his trip to some members of his congregation and he told them about the wedding where the groom refused to participate unless he received his furnishings in advance.

The rebbetzin remarked, “It would have been better to have given the groom the furnishings and silverware which you bought, seeing that it was stolen anyway.”

The rav turned to his wife and said, “My dear wife, I had anticipated your attitude; therefore, I fulfilled your wish and I did give it to them. It was never stolen. This way we both earned a great mitzvah.”

A Great Mitzvah Through Candlesticks

Once, a poor woman came to Rav Eliyahu Chaim and pleaded for help. “My daughter is about to be married and I have no money to make the wedding. I am a widow and I do not know to whom to turn.”

The rav looked through all of his pockets and drawers but he couldn’t find a penny. Suddenly, he saw the silver candlesticks that his wife used every Friday night. “Here, take these candlesticks; sell them, and you will have enough money to make the wedding.”

The woman thanked him profusely and departed. That afternoon, erev Shabbos, the rebbetzin rushed to her husband and complained that her candlesticks had been stolen.

“Fear not,” said the rav, “your candlesticks have gone to perform a greater mitzvah – that of hachanas kallah, helping a poor bride. The merit of these deed will shine greater than all the candle lighting of the past years.”

“But how will I now light Shabbos candles?” she cried.

“Aren’t there enough apples in the house?” he asked. “Bore out the cores of apples and place the candles in them.” 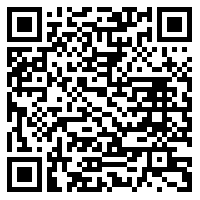