Herod or Hordos — as he is known in the Talmud — was a usurper who seized the throne of the Chashmonaim and caused a terrible tragedy to befall the Jewish people.

Herod was a servant in the House of the Chashmonaim. One day, when he was alone, he heard a voice cry out from the Heavens:


“Any servant who revolts at this time will succeed.”

Immediately, Herod arose and killed all the members of the House of the Chashmonaim, except for one small child whom he loved deeply.

Fearing that the rabbanim would rebel against him because of this verse, he had them all put to death except for one, Bava Ben Buta, in order that he might beneﬁt from his wisdom. He did not, however, allow him to escape unscathed. He put on his eyes a garland of thorns and blinded him.

Herod was still not free from his suspicions, and decided to test Bava Ben Buta. Disguising his voice, he approached him one day and engaged him in conversation.

“Have you seen this wicked slave do the terrible acts of murder?”

“What can I do?” replied Bava.

Bava Ben Buta shook his head, “I cannot, for it says, ‘Even in your knowledge you shall not curse a king.’”

“But he is not really a king,” answered Herod.

“Even if he were only a leader, does it not say in the Torah, ‘A leader of your nation you shall not curse?’ ”

“Yes,” replied Herod, “but that is only a leader who acts in the interests of the nation, whereas this one acts contrary to those interests.”

“I am afraid,” said Bava, “lest someone hears me.”

“How can a man hear you?” replied Herod, “there are only the two of us present here.”

“It says in Koheles,” replied Bava, “that the bird of the heavens shall carry the voice.”

When Herod heard this, he was amazed and said: “I am Herod. Had I known that the Sages of Israel were so careful I would never have slain them. Tell me now, in what way can a man such as myself repent for his deeds?”

Herod hesitated for a moment. “I am afraid of the power of Rome. They will not allow me to rebuild and beautify the Beis HaMikdash and the walls.”

“You need not tell them right away,” replied Bava. “Send a messenger to Rome asking permission. It will take a year for him to get there and it will take a second year to return.

“You begin as soon as he leaves. By the time he returns, you will be finished.”

Herod agreed to send a messenger and finished the work. The Romans, upon receiving the request, suspected Herod and sent him the following message:

“You may strut about in your armor and royal garments, but we know your true origins. You are neither a king nor the son of kings. You are Herod, the slave who rebelled against his master.” 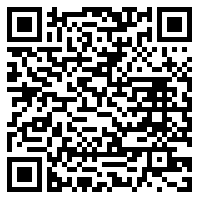