Through the influence of Daniel, who was one of the ministers of King Nevuchadnezzar, his three companions, Chananiah, Mishael and Azariah, were appointed as governors over various provinces in Bavel.

At that time, the king decided to build a tremendous idol to proclaim the invincibility of his god. He made the idol out of gold and set it up in the plains of Dura.


The king then issued a decree that at a certain time during the day, when the sound of the bugle would be heard, all the populace should fall down on their faces and worship the golden idol. The idol was made to look like the image of the king, and thus all the people would acknowledge that Nevuchadnezzar was a god and would worship him.

The decree further stated that any person who would not do so would be cast into a burning, fiery furnace. Soon all the people of his realm began to worship this golden idol.
Accuse The Governors

It was not long after that a group of Chaldeans approached the king and accused the Jews of having violated his decree by not worshipping the idol.

“O mighty King Nevuchadnezzar,” they said, “you made a decree that everyone should bow to your image and those who do not should be cast into a burning, fiery furnace. Yet, there are certain governors whom you have appointed who disregard your command and do not worship your golden image. They have also advised their people to do the same thing.”

The king shouted, “Who are these scoundrels?”

“None other than Chananiah, Mishael and Azariah,” was the reply.

The king ordered the three brought before him and asked, “Is it true you do not worship my image?”

“It is true,” they replied, “we worship only the living G-d in heaven Who is able to deliver us from your burning fiery furnace and from any evil which you will decree against us.”
The King Is Enraged

The king became enraged and commanded his servants to heat the furnace seven times more than its usual heat and ordered that Chananiah, Mishael and Azariah be bound and cast into the fiery furnace.

In addition, he had his heralds proclaim the event in many cities so that people should come and witness the execution and learn a lesson not to disobey the king.

The soldiers approached the great fire with the three, but the heat was so intense that they could not come near the fire. The enraged king shouted at them to obey his orders. The soldiers, having no other choice, walked to the edge of the furnace and heaved the three heroes into the fire. But because they were so near to the furnace, the soldiers were consumed by the fire and died.
The Miracle

Chananiah, Mishael and Azariah rose in the midst of the fire and began walking within the furnace. The tremendous heat of the fire did not affect any part of their bodies or their clothes. Only the cords which bound their hands and feet were burned off.

The king was astonished and he called to his counselors.

“Yes,” they answered in trembling voices.

“I see four men walking in the midst of this terrible fire and the form of the fourth person appears to be in the image of an angel,” the king said in an awed tone.
The Angels Intercede

When Chananiah, Mishael and Azariah were thrown into the furnace, the angels in heaven approached G-d, begging to intercede in their behalf.

Yorkami, the angel in charge of hail, said, “Lord of the Universe! Permit me to descend into the fiery caldron and rescue the three saints. I will cast my icy hail into the fire and extinguish it.”

But the archangel Gabriel, who was standing nearby, interrupted and said, “Lord of the Universe! It is no trick for the angel in charge of the hail to extinguish a fire, for everyone knows that ice and water will extinguish flame.

“Let me, instead, go down. As the angel in charge of fire, I will make the inside of the fire cool while the outside is hot. Thus people will see a double miracle; not only will they be saved, but they will be able to walk around in the fire.”

The Almighty then commanded the angel Gabriel, “Go! Do as you say.”
They Walk Out Of The Furnace

Then King Nevuchadnezzar approached the furnace and shouted, “Loyal servants of the God in heaven, come out from the furnace!”

Chananiah, Mishael and Azariah walked out of the fiery furnace. All the king’s counselors, governors and ministers gathered around them in awe. The fire had not singed their hair nor touched any part of their clothes. Nor was there even the smell of fire about them.

The king spoke aloud for all to hear, “Blessed be He, the God of Chananiah, Mishael and Azariah, Who sent an angel to deliver His servants from harm so that they would not worship any god except their own G-d.

“Therefore, I make a decree that any person, nation or country which shall speak anything amiss against the G-d of Chananiah, Mishael and Azariah shall be cut to pieces and their homes destroyed. Because there is no other G-d Who can perform such a miracle!”

The king then promoted them and made them governors of larger provinces. 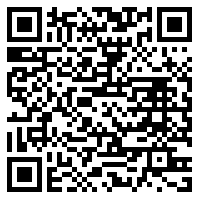