Who is wealthy? One who is satisfied with his lot. The maxim of Chazal is the key to human happiness. Because one who is never satisfied, who constantly seeks more, will never be happy. He will never achieve contentment; there will always be another beautiful house, another even more distinguished-looking car.

But Chazal go further. They praise the man who, in the midst of his sorrows and suffering, does not lift up his voice in complaint to G-d, but accepts his lot and realizes that everything the Almighty does is for good, that all the Lord’s ways are of peace and truth.

All That G-d Does Is For Good

One day, the great Rabi Akiva was preparing to travel on a long journey. To this end, he saddled his donkey, took along a candle with which to see in the dark and a rooster to awaken him in the morning from his sleep.

Awakening early, he began his journey. That whole day, Rabi Akiva traveled along the unfamiliar countryside, and as darkness fell he entered a strange town.

Turning off onto a side street, Rabi Akiva knocked at the door of a house and asked:

“May I stay in your house overnight, for there is no inn in this town, and I have no place to sleep?”

“You may not,” answered the man, “If you wish to sleep, there is the street.”

The results were no different in the second house that Rabi Akiva tried, nor the third, nor any to which he turned for assistance.

All For The Good

Rabi Akiva was forced to the realization that he could find no hospitality in this wicked village, and so he decided to leave and sleep in the woods that night.

Finding a likely looking spot, he paused for a moment to contemplate the wickedness of the people, and then said:

“Nevertheless, this too, is for the good.”

Alighting from his donkey, Rabi Akiva took the candle from his pack and lit it. As light flooded the area, Rabi Akiva was thankful, for now he could see what he was doing. Suddenly, however, a gust of wind blew past him; the candle’s flame flickered for a moment and died.

Standing in the inky blackness of the forest, Rabi Akiva raised his eyes to Heaven and once again declared:

“Nevertheless, this too, is for the good.”

A Fox And Lion

About an hour later, however, he was awakened by the crowing of the rooster and its terrible screechings. Peering down, Rabi Akiva saw a fox leap upon the helpless fowl and dash off with it into the night.

The gentle rabbi contemplated the unbelievable string of misfortunes that had struck him. Nevertheless, he again repeated his fervent belief:

The worst misfortune, however, was yet to come. In past times, the Land of Israel had many lions roaming through its isolated areas. Now, one of these predatory beasts, smelling the donkey tied to the tree, leaped upon it and to the horror of Rabi Akiva in the tree above, devoured it.

It was frightened away, however, by the sudden approach of marching feet. There, not more than 10 feet from the tree passed a band of armed bandits and killers on the prowl, in search for victims to rob and murder.

The next day, Rabi Akiva without his donkey or rooster, walked down the road that led to the town.

As he approached, he saw smoke rising from the little village. Running forward, he encountered three dazed individuals, residents of the burning village.

“Woe is to us,” cried the men. “Last night as we slept, a band of vicious armed bandits struck. They attacked us and took all we possessed. They killed every resident of the town and burned the houses. We alone escaped.

The Hand Of G-d

When Rabi Akiva heard this, he raised his eyes in thanksgiving to the Almighty:

“How wondrous are Your ways, O L-rd; the very misfortunes that struck me were my salvation.

“Had I slept in the town I would have shared the terrible fate of those who lived here. Had not the wind extinguished my candle and the beasts devoured my animals, the robbers would have found me and killed me.

“Today, I truly see that all that the Almighty does, He does for good.” 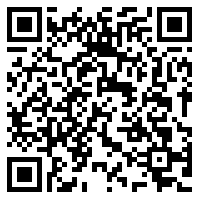