A tzaddik is measured by his deeds, by the manner in which he translates his knowledge into action. Not only does he learn the theoretical mitzvos, he acts on them and sanctifies his life with deeds of goodness and mercy.

Such a man was the great Rabi Elazar Ben Charsum, who was blessed with vast amounts of wealth and who, nevertheless, valued Torah and good deeds above all else. His charity, his modesty and his piety make a beautiful story to be learned by all.

Rabi Elazar Ben Charsum possessed flocks of sheep and cattle, owned towns and villages with fields of wheat and barley, and owned ships that sailed the seas trading in exotic goods. But his trade took up too much of his time and his Torah learning suffered.

This bothered Rabi Elazar very much and he said to himself:

“It is not good that I be continually bothered with business. I must disguise myself and go to a place where they do not know me so I can sit and learn Torah day and night.”

He then appointed several people and said to them:

“I am turning over the affairs of my business to you. One thing, however, you must do. Any poor person in need who comes seeking aid must be given bread to eat and clothing to wear. Do not turn away any person who needs assistance.”

Having arranged his affairs, Rabi Elazar left Jerusalem and went to a town far away. There he rented a house and sat day and night with great joy to learn Torah. For many days no one bothered him and he was able to diligently gather Torah knowledge.

One day, however, as he sat immersed in study he had a sudden thought:

“I wonder if the people to whom I have entrusted my wealth are carrying out my wishes and distributing alms and food to the poor.”

The question bothered him very much and he decided to go to the town square where all the poor were gathered and ask them.

“Are any of you from Jerusalem?” asked Rabi Elazar when he had reached the town market place.

“We are,” answered two of the paupers.

“What do you think of the people there? Did they treat you well?”

“We were guests in the house of Rabi Elazar Ben Charsum and his servants took us in and gave us food to eat and wine to drink. They allowed us to sleep overnight and as we left they filled our sacks with food for the road.”

When Rabi Elazar heard these words he was very happy and he smiled with joy.

Suddenly one of the paupers cried out: “Why does our master attempt to disguise himself from us? I lived in Jerusalem for many years and I know that you are indeed the great Rabi Elazar!”

Rabi Elazar was stunned by the discovery and in his great humbleness he shouted, “I am not the man whom you call Rabi Elazar.” He fled from the town lest the word spread and the people come to pay him homage.

He traveled until he reached a small town that he owned. After a few days, several men who did not recognize him accosted him thinking that he was a beggar come to seek food and alms.

“You come to the town of Rabi Elazar to live off his generosity for nothing,” they said. “Come and earn your keep by working.”

Thinking he was a day laborer, they took him to do work repairing the roads and digging wells. Rabi Elazar saw that they would not let him go and he would have no opportunity to learn Torah, so he cried out to them:

“I beg of you to let me go and I will leave this town and not partake of your hospitality.”

They did not listen until he identified himself as Rabi Elazar. Then they let him go so that he could devote himself to the study of Torah. 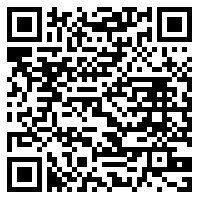