The Ibn Ezra, one of the great sages of the middle ages, was born in 1092 in Toledo, Spain. Many stories are told about him and his wanderings. The Ibn Ezra traveled throughout Europe. He visited Egypt, the land of Israel and many African countries.

The Ibn Ezra wrote such beautiful poems and commentaries on the Torah that Rabbeinu Tam, the greatest of the Baalei Tosfos, sent him this letter:


“My father, Avraham Ezra, I’m a servant to Avraham and his cattle, I kneel and bow before you.”

The Ibn Ezra in his humbleness hastened to reply:

“Is it right for the leader of the nation, the chieftain, to lower himself in writing to the shamed of the people? Heaven forbid that an angel of God should bow and humble himself to Bilam.”

It happened in the year 4919 (1159) on Shabbos night, the 14th day of Teves, Ibn Ezra, then in London, fell into a deep and enjoyable sleep. During his sleep he had a dream in which he saw a tall, aristocratic man carrying a sealed letter.

“I have a letter from you for Shabbos HaMalka,” the man said.

The Ibn Ezra bowed low and said, “Know that from the day I began to recite the holy name of God, I have always loved Shabbos. Before she would arrive on Friday night, I would always rush in advance to greet her and when she would leave I would send her off with song and happiness. I am her most loyal and devoted subject.”

“I know,” answered the man. “That is why she writes you this letter.”

With trembling hands Ibn Ezra unfolded the letter and as he read the words they entered his heart as sweet honey drops.

“To my loyal friend,” the letter began. “I am the Shabbos HaMalka, adorned in holy laws. I am the fourth of the Aseres HaDibros, and I am the binding sign between Hashem and His children for all future generations.”

The letter continued, “On my day the Almighty rested from His work. On my day no manna would fall. I am the one day of happiness, light and enjoyment for the tired mortals on this earth. Even the dead in Gehenom bless me for the one day of respite afforded them.”

And now the letter continued in a pleading tone. “I come to you, my good and loyal friend, to help me. One of your educated pupils has now published a book commenting on the Torah. In this book he urges the people to violate Friday night and to begin the Shabbos on Saturday morning. He attempts to prove from the Torah that I was born in the morning and not in the evening before. By doing that he will virtually cut me in half. Please help me!”

The Ibn Ezra awoke with a start. Rushing into his library he picked up a sefer given to him by a talmid. Sure enough, it attempted to prove that Shabbos was to be observed from Saturday morning until Sunday morning.

Realizing that this would be another attempt to destroy the holy Torah, the Ibn Ezra strengthened himself to do battle for his beloved Shabbos and he penned his famous, “Igeret HaShabbat – A Letter From Shabbat.”

In scathing words he denounced the author. “May your arm wither and your eyes become dark for daring to impugn our Shabbos HaMalka…

He then tore apart the flimsy arguments and pointed to the sentence in Vayikrah 23:32 “From evening to evening thou shalt rest…”

It is said that to this day, whenever the name Ibn Ezra is mentioned, the Shabbos HaMalka smiles benevolently. 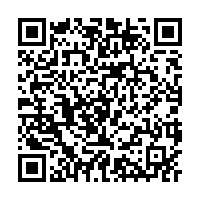