The Gaon, Rav Chaim of Volozhin, one of the most beloved students of the Vilna Gaon, was known to be a genius even as a child.

Once while only a child of 11, he came home from cheder at midday to eat his lunch. While eating, he saw a beautiful coach led by four beautiful prancing horses stop in front of his house. It was the wealthy baron who had come to see his father about a matter of importance.

“Itzka (Yitzchak),” shouted the baron upon entering the house, “I’ve come about a matter in which I need your help. This problem has perplexed all the wise people in town, and I know that you have a good head for figures.”

“I am at your service, my lord,” answered Reb Yitzchak.

“All went well with the money, jewelry and property, which I distributed in accordance with his will. However, except one clause has stumped the court officials and all the wise men in the government. My father possessed 17 horses — race horses, pure bred, the finest in the country. Each of his sons was to receive some of these horses in accordance with the will — 50 percent, one third, and one ninth. However, none of the horses were to be sold or exchanged; they were to physically be taken possession of.

“Now the problem arises,” continued the baron. “How can we divide 17 horses? My share is 50 percent, which would be eight and a half horses. How can I cut a horse in half? I have been advised to see you, for you are known to have a very sharp head.”

While the baron was relating his story, the young boy, Chaim, entered the room and listened to the entire conversation. When the baron finished, the young lad exclaimed, “If I had one of your horses, honorable sir, I would give you the answer very easily!”

The father turned to the child angrily and was about to reprimand him for interfering, when the baron said, “My child, if you will solve this riddle for me, I promise you one of my horses as a gift.”

“I thank you for your kind offer,” answered little Chaim’ke, “but I have no need of any horses. What I meant is that you give me one of your horses, I would then give it back to your father’s estate. This would now make it a total of 18 horses to be divided.

The baron’s mouth dropped, and he gaped at the child in wonderment. Such a simple answer coming from a mere child when all the great people of the court were in a quandary.

“Your child is a genius!” exclaimed the baron. “Give him to me and I’ll send him to one of our universities where he’ll become a great man. You are indeed blessed to have such a child.”

“Thank you,” answered the father. “I intend to send him to study with a great man, where he will be taught our Torah and grow up to be a leader amongst our people.”

Chaim’ke was sent to study Torah with the Gaon Rav Aryeh Leib, author of the Shagas Aryeh, and from thence he continued to study with the greatest of all gaonim, the Vilna Gaon. 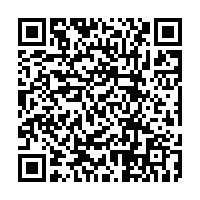