The Gaon, Reb Nachum devoted all his time, day and night, to collecting money for charity and helping the poor. The vast majority of the people thought so highly of Reb Nachum that they would deduct a fixed amount of their income every week and give it to him to distribute it to the poor. But there was always the exception, some people just tried to avoid contributing.

There was one such person who, although not rich, was well to do and had many children. When Reb Nachum came to him for charity he refused, saying, “Rebbe, you know what the Gemara says in explaining the meaning of the sentence in Tehillim (106:3). ‘He gives charity all the time!’ that this refers to a person who supports his little children. You know that I have many little children and therefore it is considered as if I have already given charity.” [Editor’s note: The Gemara in Kissuvot 50a describes how David HaMelech lauded a family man who supported his children, saying that it was truly an act of charity.]


Reb Nachum smiled and replied, “Apparently you forgot the sentence in Vayikra 16:2: ‘You should not come all the time into the holy place.’ With that type of charity you shouldn’t come unto G-d. It is not sufficient, you must also try to help other poor people.”

In the city of Horodna there was a Jewish judge who, although he was Jewish in name, was far removed from anything Jewish. He never participated in communal affairs nor did he ever help a poor person.

One day, Reb Nachum visited the judge and asked for money for the charity fund. The judge began to berate him and then angrily insulted him.

“Who appointed you to be a collector for charity in this town?” he shouted. “For all I know, you keep all the money for yourself!”

Realizing that he couldn’t convince the judge, Reb Nachum left with an apology. He wasn’t angry, he only pitied him.

A few days later the government charged the judge with bribery. This scandal was the talk of the country and people traveled from all over to be at the trial. The judge hired the best lawyers and he spent his last penny to offset the evidence but the result was inevitable. The judge was found guilty and sentenced to two years in prison.

While the town was stunned at the verdict and the people gathered everywhere to talk about it, Reb Nachum visited the judge’s wife. He found in a deplorable state and when she saw him she began to cry.

“Rebbe,” she wept bitterly, “what shall I do? My husband spent every cent we had on the trial and now that he will be gone for two years, how will I be able to support myself and the children? We will starve.”

Reb Nachum consoled her and told her that she would yet have better days. “By the way,” he said, “how much money do you need every week to carry on your household expenses?”

“Here is twenty rubles,” said Reb Nachum. “Keep it as a loan, when your husband will come home he’ll repay me. Continue living in this beautiful home and continue sending your children to the same school and buy all the clothes you need. Don’t change your mode of living for even one day.”

The poor woman practically grabbed his hands as she accepted the money.

Every week Reb Nachum would visit her home and slip twenty rubles under her door. This he continued to do for two years. When the judge got out of jail he came home and was amazed to see the house as beautiful as when he left it.

“How did you manage to support yourself and live in this house?” he asked in surprise.

“That elderly charity collector, whom you threw out of the house, came around every week and he gave me twenty rubles. If it wasn’t for him, who knows what would have happened to me and the children.”

Without saying a word, the judge rushed out of the house and came to the home of Reb Nachum. With tears in his eyes he fell on his knees and begged Reb Nachum’s forgiveness for having had insulted him. He promised to repay every cent he have to his wide and he would always give to the poor, too. 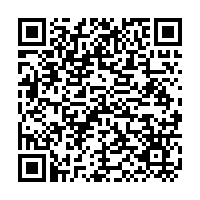