One of the great Chassidic rabbis was the saintly Reb Mordechai of Nashchiz. He used to eat only a loaf of bread the whole week, and added herring on Shabbos — in honor of the day.

Despite his terrible poverty, however, he would attempt to sacriﬁce during the entire year even more, and thus save a small amount here and there in order to buy a beautiful esrog for Sukkos.

Goes To The Market

One year before Sukkos, Reb Mordechai went to the city of Brodi to buy an esrog. In his pocket there were about 10 rubles that he had painfully saved during the year, bit by bit. As he was walking in the city, he suddenly came upon a man who was standing and crying bitterly. Reb Mordechai’s heart was moved by the tragic sight and he asked the man, “My brother, why are you crying?”

“Woe unto me,” said the man, between sobs, “a terrible misfortune has occurred to me. I come from a small town nearby and my work is drawing water. I have a wagon, a horse and a pitcher from which I draw water from the well in the field to sell to the people of the town. It is a poor and desperate life but at least my family and I have a little to eat because of it.

“Today, however, as I was returning to the town with water, my horse suddenly collapsed and died. I stand here now, with the holiday upon me, with no money in my pocket and my horse dead. How can I support my family now when I have no money for a new horse?”

Reb Mordechai was very moved by the story and, reaching into his pocket, he gave the man the 10 rubles, saying, “Go, and buy a yourself a new horse.”

Reb Mordechai returned to his home in an ecstatic mood. His face was radiant with happiness as he said to his chassidim, “Thank G-d for preparing for me the ﬁnest mitzvah for this Sukkos. This year all the people shall make a bracha over the esrog and I shall say mine over the horse — and I am content with my lot.”

His chassidim swear that they heard a Heavenly voice exclaim, “Lucky art thou Reb Mordechai, for your mitzvah — your good deed — far outweighs all the mitzvos of esrogim in the world!” 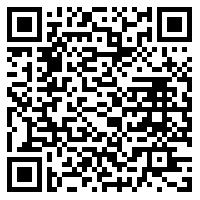