For weeks before Pesach the people of the small towns in Poland, Lithuania and Russia lived with it as their sole focus. The housewives turned their homes upside down, the matzah bakery became alive, tailors and cobblers prepared to meet the seasonal rush, and the children worked themselves into a pitch of excitement which they could not have endured had they had to wait for the Seder night one day longer than they already did.

The rav’s study naturally did not escape this communal upheaval; in fact, it was the focal point which reflected all that went on in the community. The hectic days left their traces in a good many tales passed down from mouth to mouth. The story is told of Rav Nafali Ropshitzer coming home worn out after delivering his drasha on Shabbos HaGadol. His wife asked him how he felt, and the rav replied: “This was a particularly trying drasha. Times are bad, and a great deal of money is needed if the community is to provide all the poor with the necessities for Pesach. I had to put all my strength into an impassioned appeal for support of our efforts.’’


“And how did you succeed?’’ his wife asked.

“Halfway,’’ Rav Naftali said with a smile. “The poor are willing to take; whether the rich will give remains to be seen.’’

Once, a few days before Pesach, Rav Meir Margulies was walking along a muddy street towards the river, carrying a large pitcher. The Maggid, Rav Yaakov Yosef of Ostrog, was likewise on his way toward the river, but he rode in a wagon. He noticed Rav Meir and exclaimed: “Why do you walk in the mire?’’

The latter replied: “The mitzvah of drawing water for the baking of the matzah for the Seder comes only once a year. I do not care to share it with a horse.’’ The Maggid descended from his wagon, and walked beside the rav to the river.

The Most Important Din Of Baking Matzahs

Rav Yisrael Salant was usually particular about the baking of matzahs. From the time of the cutting of the wheat, kneading of the dough to the actual baking, he would watch every step until it was completed. In this way he could assure that the community had kosher matzahs for Pesach.

One year Rav Yisrael became ill and couldn’t oversee the baking of matzahs. His talmidim volunteered to take over his job.

“Don’t worry,’’ they told the rav,  “we’ll take every precaution to see that the matzahs are baked l’halacha.’’
Rav Yisrael was very pleased to hear that this burden of supervision would be lifted from him while he recuperated.

“We have only one question to ask of you,’’ said his talmidim. “Are there any last minute instructions? What is the most important thing we should guard against?’’
“There is something very important,’’ answered Rav Yisrael Salant. “There is a poor old woman, a widow, who comes every year to bake her own matzahs. Be very careful of her honor, don’t yell at her or embarrass her. Do everything to help her!’’

One Pesach eve, after the chometz had been cleared from the homes, Rav Levi Yitzchak of Berditchev walked through his little town which was situated close to the border and famed as a hideout of smugglers. Meeting a peasant, he asked him: “Would you perhaps have a little smuggled silk to sell?’’ The peasant said he had.

Rav Levi Yitzchak left him and asked the first Jew he saw: “Maybe you have some chometz for me?’’

The Jew exclaimed in horror: “Chometz? At this time? Am I then, G-d forbid, not a  Jew?’’
Rav Levi Yitzchak walked away in joy and called out: “Behold, Ribbono Shel Olam, your people! The Russian Czar is a mighty ruler. He prohibits importing goods from neighboring lands and has placed armed watchmen to guard the frontier day and night. Nevertheless, all kinds of goods are smuggled in and are openly sold. But You wrote just a few words in the Chumah: ‘And there shall be no leavened bread seen with you, neither shall there be leaven seen with you, in all your borders.’ And though there are no boundaries and no armed watchmen, yet right after the hour set for the removal of leaven, not a crumb is to be found in any Jewish home.’’ 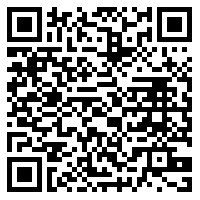