The following story is told about the holy Maggid of Kuznitz. In his town there lived a butcher by the name of Yitzchak. In his younger years he was very wild, and committed many sins. Suddenly in his middle age, he became very sick and died, leaving a wife and a few children.

A few days later this butcher came in a dream to this town’s shochet. In the dream he summoned him to appear at a din Torah before the Heavenly Court. When the shochet awoke, he was a bit perturbed about the dream but he dismissed it as a fantasy. But as the days passed and the dream persisted and every night the butcher demanded that shochet appear in Bais Din, he became frightened.  Finally he approached the Maggid for advice and help.

The Maggid told him that the next time the butcher comes to him, he should demand that the din Torah be held in the Maggid’s Bais Din.  “For the Torah is not in the Heaven,” the Maggid said, “and according to our Torah, the person summoned to trial has the option of choosing the place of the trial. Therefore tell him to appear before me.”

That night, when the butcher again appeared to him in a dream, the shochet conveyed the Maggid’s message and the butcher immediately agreed.

The Trial Of The Soul

The following day, the Maggid sent his shammas to the cemetery, to the butcher’s grave, to summon him to appear before his court. That night, while the shochet and the Maggid were seated in the study awaiting the arrival of the soul, they felt a cold breeze enter the room and suddenly a voice was heard:

“I am Yitzchak, the butcher who recently died. I had a thriving business until I retained this shochet to slaughter my animals. Through his carelessness, many animals became treif and because of him, I accumulated many debts. Soon my creditors began pressing me for payment and out of aggravation, I became sick and died. Now my creditors are pressing my wife for payment, and she has no money.

“In the Olam HaEmes, the true world, it was revealed to me that this shochet deliberately made my animals treif. Out of the hatred he bore me, he ruined me. Now I have no rest or peace in this world as long as my wife and children are suffering from hunger. Therefore, I request that this shochet make good for all of his bad deeds!”

While the soul was narrating this story, the shochet’s face became deathly pale and he fell on his knees before the Maggid admitting his bad deeds. The Maggid decreed that the shochet pay off all the creditors and make some arrangements to support the widow and orphans. The shochet gladly agreed and he left in a hurry, glad to be away from the soul of the butcher.

As soon as the shochet departed, the Maggid called out to the soul: “Yitzchak, I am perplexed! How is it possible that you should still take an interest in this world’s affairs after your death?  I thought that as soon as a person dies all of this world’s cares and troubles disappear. Also, have you been judged on the sins of your youth?”

“I will explain it to you,” answered the butcher’s soul. “In my young years I earned a living driving a coach. Once while driving a coach full of holy men I was attacked by bandits. They wanted to kill the men and rob them of their possessions. I took my life into my hands and I fought them single-handedly, wounding them until they ran away.  The men in the coach blessed me for saving their lives.

“When I died and appeared before the Heavenly Court, it was decreed that I would suffer the fires of Gehenom. Immediately the neshamos of those holy men whom I had saved appeared and they interceded on my behalf. ‘He saved our lives and even if one life is saved, it is considered as if he had saved the lives of all of Israel,’ they argued. The Heavenly Court then reversed its verdict and I was assigned to enter Gan Eden.

Betrayed! Irving Roth A Survivor of Auschwitz and Buchenwald warns of the Rise of Antisemitism – Beyond the Matrix [audio] 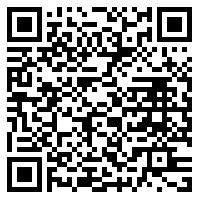