One day, they went out to the forest to cut wood. An astrologer, seated in the marketplace, announced to the audience gathered in front of him: “These two men who enter the forest will never come out alive. I foresee that they will die.”


On the way, the disciples met an old man who said to them in a pleading voice: “Please have pity on me. I have not eaten or tasted food for three days.”

The disciples had one loaf of bread between them. They broke one half of the bread and gave it to the hungry old man. The man ate the bread and said to them: “Just as you saved my life, so may your lives be saved this day.”

The two disciples entered the forest and spent many hours chopping and sawing wood. Late in the afternoon, as they entered the town, they passed the marketplace and all the people who had heard the prophecy of the astrologer saw them and remarked, “This astrologer must be a faker. Didn’t he say that these two men would not come hack alive from the forest? Now look at them, they seem to be in the best of health.”

The astrologer replied: “It would seem that I am a liar and my astrology is false! But I usually don’t make mistakes. There must be something else involved here.”

The astrologer, with the people following behind him, went to investigate the matter. They asked permission of the disciples to examine the packs which they were carrying. In one bundle of wood, they found half of a large snake. They then examined the bundle of wood carried by the other disciple and there they found the other half of the large snake. The snake had unknowingly been cut when they cut the wood with their saw.

“What good deed did you do today that you deserved to be saved?” the astrologer asked the two disciples.

The disciples told him all that had happened, how they saved an old man from starving.

Thereupon the astrologer exclaimed: “What can I do if the G-d of the Jews is appeased with half a loaf of bread!” 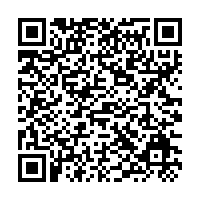