“The seal of the Almighty is truth” (Shabbos 55). With these words, the rabbis elevate the concept of truth to the heights and impress on us the evils of falsehood. In fact, so abhorrent were lies to the rabbis that they said:

“Everything in this world did the Almighty create, except for falsehood, which was created by man in his heart.”

Lying is a terrible trait, and even when one intends to use it to do good, he should nevertheless avoid falsehood.

The amora Rav was married to a woman who was a shrew. She was constantly causing him aggravation, especially when it came to meals. Thus, if he would say to her: “Let me have beans,” she would serve him peas; if he would ask for peas, she would inevitably serve him beans.

When Rav saw that his wife was serving him what he really wanted, he was amazed and constantly surprised.

He commented to his son, “It appears that your mother has improved and mended her ways.”

“In reality it was I who helped her, Father,” answered Chiya. “You see, every time you ask for beans I tell Mother that you want peas, knowing that she would thus prepare beans.”

Rav smiled as he heard his son’s words and exclaimed: “This is what the people mean when they say: ‘The one who comes out from you (your descendant) teaches you wisdom.’

“Nevertheless, though you mean this for my benefit, you should not do it, for the Navi Yermiyahu castigated the people who ‘taught their tongue to speak falsehood.’ “ 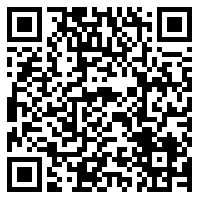