While BDS organizations are being barred from entering Israel and President Trump is cutting off funding to UNRWA there are others who are busy speaking out for Israel in unexpected places.
On today’s show David will be speaking with Slavica Milošević from Montenegro, she is a pro Israel blogger and Editor at Israel-Serbia Friendship Association. What are public opinions on Israel in Serbia and what can be done to improve relations between our nations.
David will also be speaking with American Conservative Youtuber Tree of Logic who recently held a debate on her youtube channel with anti-semitic Alt-right speaker on the JQ. For those who are unfamiliar JQ is the anti-semites code name for the “Jewish Question” or the modern day Protocols of the Elders of Zion. By way of lies, deception and miss information they wish to convince White people that there is a Jewish conspiracy to flood Europe with immigration and other hidden plans to topple the lands of the White people etc.
Tree of Logic remembers Jews who she experienced in different stages in her life. Although some might refer to them as “Nerds”, she remembers them as people who invested in their children’s education and pushed them to excel in life. She suggests that the Whites who envy the Jews’ success, put their efforts in working harder to achieve themselves instead of blaming others who do just that. 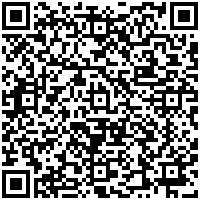