In a precise, no-nonsense fashion, retired British Colonel Richard Kemp speaks with Eve about the “RE-creation” of the Jewish state in it’s Homeland.
Their discussion covers the Israel Defense Forces’ extreme morality, the tremendous benefits that Israeli military intelligence and civilian advances provide the world, Israel’s patchy relationship with his own country and his personal experience with Israelis. Colonel Kemp’s insights include how Judaism’s inherent decency and antipathy to violence is a larger influence on Israeli society than usually recognized, and he reiterates -from his vast experience in the region -that Israel is at the forefront of battling the Islamic threat to the entire West and Iran’s reshaping of the Middle East. A true friend of mankind, he shed no tears at yesterday’s death of the Hamas engineer of terrorism. His clarity and moral integrity are a breath of fresh air in a world that sometimes seems to have lost its way. For Eve, this interview was a very real honor. Listen and share. 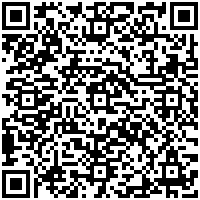