Yishai and Malkah talk about three young men that have been captured by terrorists and how the situation has caused Jews worldwide to unite with Israel and the Jewish People. They ask, what price should be paid to those that choose to capture and attack Jews worldwide? Yishai gives examples of historical situations in the Torah where Jews were captured and the outcomes to those that chose to capture Jews. To wrap up, Yishai and Malkah talk about how Israel needs to put up a message that shows the world that nothing will be surrendered. 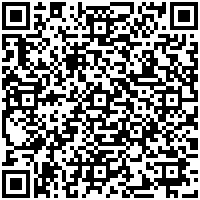