The billionaire and former New York City mayor said they could just as well have been Christian, Muslim or Hindu values.


In Jerusalem last week for the first awarding of what some have called the Jewish Nobel, Bloomberg made a day of it. He appeared with Jerusalem Mayor Nir Barkat to discuss urban innovation, spoke to the media and received the Genesis Prize from Prime Minister Benjamin Netanyahu at a grandiose ceremony hosted by Jay Leno.

The prize honors a laureate “whose actions, in addition to their achievements, embody the character of the Jewish people through commitment to Jewish values, the Jewish community and/or to the state of Israel.”

Bloomberg praised Israel and remarked fondly on his Jewish upbringing that set him on the path to success, first as the founder of a major financial software and media company, then as a three-term mayor of America’s largest city. But he noted repeatedly that the values he absorbed as a child could have come from any culture or religion.

“No one religion has a lock on great people or terrible people,” Bloomberg said at a news conference preceding the award ceremony. “The values I learned from my parents are probably the same values I hope Christians and Muslims and Hindus and Buddhists teach to their people.”

The Genesis Prize is a joint project of Israel’s Prime Minister’s Office, the Jewish Agency for Israel and the Genesis Philanthropy Group, a coalition of Russian Jewish philanthropists who funded the prize. The group also funds organizations and programs that engage Russian-speaking Jews in Israel, the United States and the former Soviet Union.

In selecting Bloomberg, the Genesis group chose a fellow billionaire who is perhaps better known for defending Muslim rights than Jewish ones. As New York City mayor, Bloomberg was a strident defender of plans to build an Islamic cultural center near Ground Zero in Lower Manhattan, a controversy he brought up at the news conference.

Bloomberg had said last year that he would use the $1 million to promote Israeli-Palestinian business cooperation. But at the news conference, he said the Genesis group had dissuaded him from that course, urging him instead to fund the Genesis Generations Prize, which will provide 10 grants of $100,000 each to candidates with the best “big ideas” guided by Jewish values that benefit the world. Non-Jews will be eligible for the grants.

Bloomberg is a frequent visitor to Israel who once came to show solidarity with the country’s embattled towns during the Gaza war in 2009. Last week he paid tribute to the country, asking, “If the dream of Israel can be realized, what dream can’t be?”

But he also made sure to emphasize his universalist bent.

“We are as one with this city and this country as we can be, to build a brighter future for everyone,” he said. “With enough hard work and faith in our convictions, we can build a better world for our children and their children.” 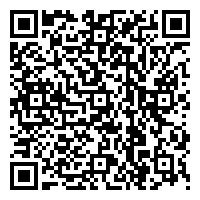