JERUSALEM – As Belgian police and Interpol began a massive hunt for the lone gunman who killed four people outside the Jewish Museum in Brussels last Saturday, the Israeli Foreign Ministry urged embassy personnel across Europe to increase their security. And Israeli embassy security officers in major European capitals have told Jewish leaders to work with local police authorities in order to upgrade security measures at local synagogues and community centers.

The victims in Brussels were identified as Mira and Emmanuel Riva of Tel Aviv; Alexandre Strens, a museum employee; and Dominique Chabrier, a French volunteer at the museum.


The museum’s camera surveillance video showed a young assailant using a military-issued Kalashnikov automatic rifle. The fact that he was able to easily escape by car and avoid local authorities, who were caught off guard by the attack despite a rising tide of anti-Semitic attacks in Belgium, France and other EU countries, has angered local Jewish communal leaders and Israeli officials.

Belgian media reported that the gunman recorded his attack with a portable video camera attached to his jacket. One Belgian newspaper reported that local authorities fear the attack was a copycat version of what took place in Toulouse two years ago when French Islamist Mohammed Merah opened fire on Jewish children and their teachers, killing four.

Speculation surrounding Mossad involvement in the investigation was fueled by a report on Israel’s Channel 10 News on Sunday that the security service was checking to see if the Rivas, the slain Israeli couple, were the victims of an organized assassination by a foreign terror organization.

The Rivas had worked for Nativ, the Jewish Agency’s clandestine aliyah arm that once operated in the former Soviet Union. After the Soviet Union’s fall, the Rivas secured jobs in the Israeli Foreign Ministry. They had recently returned from a four-year stint as Foreign Ministry representatives in Germany.

While Channel 10 News reported that Israeli officials were skeptical that the Rivas were targeted for death, the security establishment was nonetheless obligated to find out who shot them and why.

Israeli Prime Minister Benjamin Netanyahu excoriated the European political establishment for turning a blind eye to the growing number of anti-Semitic and anti-Israel attacks across the EU.

“There are elements in Europe that rush to condemn the construction of an apartment in Jerusalem but who do not rush to condemn, or offer only a weak condemnation of, the murder of Jews here or in Europe itself. Even worse, they applaud unity with terror groups like Hamas, which calls for the destruction of Israel,” said Netanyahu.

Israeli intelligence operatives have alerted European police and intelligence officials about the growing number of radicalized European citizens who have crossed the border into Syria to fight alongside Sunni jihadist groups, including al Qaeda, in their battle to oust the Alawite-Shiite regime of President Bashar al-Assad. The Israelis believe that dozens if not hundreds of these experienced combat jihadists have returned to various European capitals in order to wage a terrorist battle against Jewish targets. There have been several reports in recent days that Mohammed Merah’s sister might have fled to Syria to join a jihadist unit.

The attack in Brussels was followed by Sunday’s anti-Semitic attack on two Jewish brothers in Paris. While French President Francois Hollande vowed to find and arrest the attackers, he and other EU leaders were shocked this week by the stronger-than-expected electoral showing of extreme right-wing political parties, many with openly anti-Semitic agendas, across Europe. (See Week in Review, page 50.)

Meanwhile, some 2,000 people, many with their small children, showed up at the Jewish Museum entrance for a vigil – a mere 27 hours after the attack. 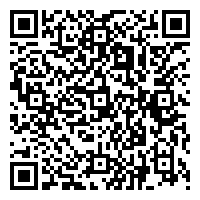