New discovery: advanced imaging technology – developed especially for the Dead Sea Scrolls and located at the Scrolls’ conservation labs of the Israel Antiquities Authority – revealed script that could not be seen until now.

During the 1950s, tens of thousands parchment and papyrus fragments written 2000 years ago and belonging to approximately 1,000 different manuscripts were discovered in the caves near Qumran. Due to their small size and precarious physical state, some of these fragments were placed in boxes without being sorted or deciphered.


Recently, as part of the Scrolls’ digitization project sample examinations were conducted among these boxes. These examinations revealed that although no script can be seen with the naked eye, the new imaging technology (originally developed for NASA) used in the digitization project can identify script on some fragments. The identification of new letters and words provides new data for the study of the scrolls. One of the fragments may even indicate the existence of a hitherto unknown manuscript.

The fragments were presented Tuesday evening as part of the international conference, “The Dead Sea Scrolls at Seventy: Clear a Path in the Wilderness,” provide new information on one of the most important archaeological discoveries of the 20th century.

The digitization project is being conducted by the Dead Sea Scrolls Unit of the IAA. As part of the project each of the thousands of fragments of the Dead Sea Scrolls is imaged in order to monitor its physical condition and make the best possible images available to the public.

The new script was discovered by Oren Ableman – a scroll researcher at the Dead Sea Scrolls Unit of the IAA and a PhD student at the Hebrew University of Jerusalem – when he examined a few dozen fragments that were discovered in “Cave 11” near Qumran. He was exited to discover traces of ink on many fragments that appeared blank to the naked eye. After a detailed study – that is being made public today – Oren successfully deciphered the script on many of the fragments and even identified the manuscripts some of the new fragments probably belonged to.

Although only a few letters survived in these small fragments, sometimes this was enough to reconstruct the text. Still, due to the fragmentary nature of the evidence these reconstructions are not certain, but are highly likely.

New fragments were discovered and identified from the Books of Deuteronomy, Leviticus and Jubilees belonging to scrolls that scholars were already familiar with.

Fragments of particular interest that provide new insights for the research of the Dead Sea Scrolls include the following:

A fragment belonging to the Temple Scroll, a text dealing with directions for conducting the services in the ideal Temple. In current scholarship there is a debate if there are two or three copies of the Temple Scroll found in Cave 11 near Qumran. The identification of the new fragment strengthens the theory that a manuscript given the number 11Q21 is indeed a third copy of this text from Cave 11.

In addition, a fragment has been identified as belonging to the Great Psalms Scroll (11Q5). The new fragment preserves part of the beginning of Psalm 147:1. The end of the same verse is preserved in a large fragment that was purchased and originally published by Yigal Yadin. The new fragment indicates that the text of Psalm 147:1 in this manuscript was slightly shorter than the Hebrew text commonly used nowadays.

Another fragment contains letters written in the ancient Hebrew script (paleo-Hebrew). This fragment could not be attributed to any one of the known manuscripts. This raises the possibility that it belonged to a still unknown manuscript. 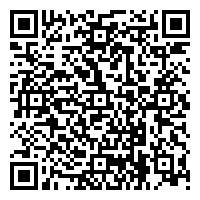