Belgian Jews are at loggerheads as a result of an EU vote to dispatch the UN to Israel on a mission to scrutinize Jewish towns and communities in Judea and Samaria.

Despite increasing detachment between Belgium’s Flemish and French-speaking population, the Jewish community has always maintained a high level of solidarity. Yet when Belgium became one of only two EU countries to vote in favor of a UN-led probe against Jewish life in what they call the “West Bank”, a major split occurred, according to a report by JTA.


Flemish Jews stated they were “shocked and appalled” by the vote, with French-speaking Jews remaining silent, even sending a representative to meet with a Belgian Foreign Ministry official who noted the warmth of Belg-Israeli relations.

According to the JTA report, Antwerp Jews, where the majority of Flemish Jews live, tends to be more religious and strong in their support for Israel, whereas Brussels Jews tend to be more liberal, with less than a quarter of the number of Jewish schools. 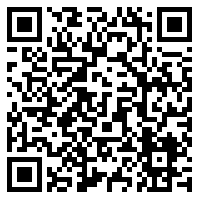