(JNi.media) At the Climate Conference in Le Bourget, near Paris, Palestinian Authority Chairman Mahmoud Abbas and Israeli Prime Minister Benjamin Netanyahu stood next to one another for the group picture of all the world’s leaders, and shook hands. Netanyahu’s office stated that this was mere politeness, and that the two leaders had not discussed any major issues.

But then, when it was Abbas’s turn to speak to the conference, it appeared that he wasn’t there to be polite at all, he was there to tell the world about the terrible things Israel, supposedly, is doing to the “Palestinian” environment.


“Our resources are being usurped, our trees are being uprooted, our agriculture is being destroyed,” Abbas announced, then pleaded with the world leaders to protect the Palestinians from the Israelis.

Yet, a UNEP report seems to put the blame squarely on Abbas’s doorsteps for not properly caring for the local environment under his control.

A 2003 UNEP Desk Study on the Environment in the Occupied Palestinian Territories (later studies are not readily available, but things have not improved since, if anything, they have gotten much worse) suggests “The institutional capacities of the municipal wastewater department and the water and wastewater companies are generally weak. This is due firstly to the organizational structure of the sector, and secondly to human resource constraints. Water supply and sewerage systems are the responsibility of municipal departments, rather than commercially oriented utilities.”

The study continues: “In the Occupied Palestinian Territories, wastewater treatment has been neglected to a certain extent, with most attention focused on measures to solve water quantity and supply problems.

“Depletion of water resources and deterioration of water quality in the Occupied Palestinian Territories are key environmental challenges that require urgent action. Groundwater resources are suffering due to infiltration of untreated wastewater from leakages, overloaded treatment plants and effluent discharged directly into the environment. Appropriate management of wastewater has been neglected throughout the Occupied Palestinian Territories, both prior to and during the present conflict, and little investment has been made in the wastewater sector since the Oslo Accords. The situation is worsened by the discharge of untreated wastewater from Israeli settlements. Israel states that the majority of wastewater from settlements is treated, but during this Desk Study, UNEP did not receive information on the specific amounts that are treated. Based on a field visit to the Emek Hefer area,

“UNEP noted that there are cross-border impacts from Palestinian untreated wastewater discharge in cases where Israel is downstream. Therefore the Desk Study team, with reference to the Governing Council decision, recommends further field studies on the crossborder contamination.

“During the current crisis, the access of municipal maintenance staff to wastewater treatment plants has, at various times, been difficult or impossible as a result of curfews, partial or full closures, and overall worker safety and security considerations. Israeli security measures have also raised difficulties in obtaining spare parts and disinfectants such as chlorine.

“Though representing a small fraction of overall effluent discharges in the Occupied Palestinian Territories, industrial wastewater is largely discharged untreated into municipal sewerage networks, cesspits, or into the environment, thus polluting soils, groundwater and seawater.

“There are seven old treatment plants in the West Bank and Gaza. Four are located in West Bank cities, namely Ramallah, Jenin, Tulkarm and Hebron (Al Khalil). Three are in Gaza in the cities of Beit Lahia, Gaza and Rafah. All have operational difficulties and are not functioning effectively, and some are not functioning at all. Most of these plants are overloaded, under-designed or have experienced mechanical failures.”

Back in Le Bourget, Abbas said his government is making “great progress” in adopting climate change laws, but complained, naturally, that “continued Israeli occupation and violation of international laws related to the environment” was the reason they weren’t being implemented, according to Reuters. 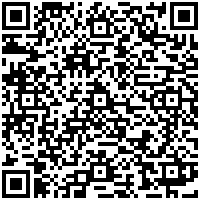