Two centrist Jewish groups called for further review of Chuck Hagel’s record in light of an account of a 2007 speech in which he allegedly said the State Department acted as an “adjunct” of Israel’s foreign ministry.

Hagel, President Obama’s nominee for defense secretary, has the support of a majority of senators, but confirmation of his nomination was blocked on Feb. 14 by several Republican senators exercising their power to hold any vote.


“Chuck Hagel has served this country, and his state, with distinction, as we have had the privilege to tell him in person,” the American Jewish Committee said in a statement jan. 15. “But in light of his complex record in the Senate and controversial statements he has made since his public service on strategic and political affairs – notably grappling with the range of pressing Middle East issues – AJC believes that further Senate deliberation is called for before any final vote is taken.”

The Washington Free Beacon reported Jan. 14, in a posting just hours before the failed bid in the Senate to advance Hagel’s nomination, a contemporaneous account of a Hagel speech delivered in 2007 at Rutgers University.

George Ajjan, a blogger sympathetic to Hagel’s foreign policy views, quoted him as saying “The State Department has become adjunct to the Israeli Foreign Minister’s office.”

Hagel then was a Republican senator from Nebraska considering a presidential run.

The AJC statement alluded to that revelation. “Moreover, reports are now circulating that the nominee purportedly spoke derisively in recent years of U.S. policy-making regarding Israel and the vital U.S.-Israel relationship,” it said. “Thus, we feel it especially important that Sen.Hagel be given a full opportunity to clear the air, so that the Senate can have a more thorough picture of the nominee’s views.” .”

Abraham Foxman, the Anti-Defamation League’s national director, in a call to JTA, also called for Hagel to explain the remark.

Foxman added however: “It is somewhat puzzling that this quote would surface just on the eve of the vote” to advance the nomination. 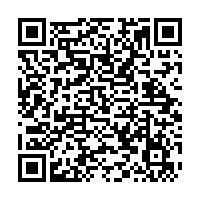