Prime Minister Netanyahu on Sunday responded for the first time to the scandal that shook up Israel and Australia, over the suicide of former Mossad member Ben Zygier in an isolation cell in Israel, as Netanyahu’s own office was futilely attempting to block its publication.

Netanyahu emphasized the importance of security – even at the expense of freedom of expression. “Over-exposure of security and intelligence activities may seriously harm state security,” Netanyahu said.


Netanyahu chose to refer mainly to the public debate that surrounded the attempt to silence the story at first, and the sweeping gag order imposed on the entire affair.

“I would like to say that I completely trust the security forces of the State of Israel,” he said. “They are completely dedicated and committed to ensure that we can live in this country. I also trust absolutely the legal authorities in Israel.”

The Prime Minister said that “the security and intelligence forces of Israel operate under the full supervision of the legal authorities, which are completely independent. This combination of maintaining security and maintaining the law, also preserves the freedom of expression.”

He emphasized the special security conditions of the state of Israel, saying: “We are not like all the other countries. We an exemplary democracy and maintain the rights of detainees and human rights not less than any other country, but we are also more threatened and challenged, and so we must take care to maintain the proper operation of our security forces.”

He concluded: “And so I ask everyone, do let the security forces continue to work quietly, so that we can continue to live in security and peace in Israel.”

Meanwhile, Australian Foreign Minister Bob Carr said he was seeking answers from Israel over the 2010 death of “Prisoner X” in an Israeli jail, as part of its own probe into the case.

“We have asked the Israeli government for a contribution to that report,” Carr told reporters. “We want to give them an opportunity to submit to us an explanation of how this tragic death came about.” 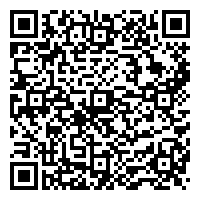