Two of the three campers struck by lightning at a Reform Jewish summer camp near Indianapolis have been released from the hospital.

The Goldman Union Camp Institute in Zionsville, Ind., has not released the names of the campers who were injured on Saturday, but said the two back home are from Cabins 1 and 12.

On Monday, camp director Rabbi Mark Covitz said activities at the Union for Reform Judaism camp have been proceeding as usual. They include plans for a musical performance on Wednesday night by one of the camp’s bunks.

Corvitz also indicated that the camp has been somewhat cautious about how much information about the incident to share with other campers.

“I was struck, as I am daily, by what a remarkable and, yes, holy community this is,” Covitz wrote on the camp blog on Sunday, the day after the lightning strike. “I could not be prouder of how our staff reacted yesterday, nor more appreciative of the outstanding response from the Zionsville paramedics. Today, camp is up and running.”

Emergency officials reportedly were called to the camp at 1:40 p.m. Saturday, where they found camp counselors performing “lifesaving efforts,” an Indianapolis Metropolitan Police Department report said, according to the Indianapolis Star newspaper.

It was not raining, nor was there a storm in the area at the time of the lightning strike, Indianapolis Police spokesman Kendale Adams told reporters.

Several hundred children in grades 3 through 12 are in residence at the camp.

The camp has identified the synagogues of origin of the injured campers: Shaare Emeth in St. Louis, Mo.; Rockdale Temple in Cincinnati, Ohio; and The Temple in Louisville, Ky. 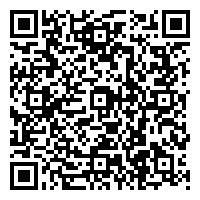