UPDATE: Israeli TV reports that there is a possibility that the attack on the bus was a misthrow, and the taxi was not the target. Ha’aretz is now reporting that police are investigating whether the van was actually hit by a firebomb, or if the car overturned for “other reasons”.

A Palestinian taxi was hit by a firebomb Thursday evening in Gush Etzion. Six members of the family traveling in the taxi were taken to the hospital with first to third degree burns. Police found one unthrown firebomb at the scene.

Near Kfar Tapuach, six firebombs were thrown at Israeli cars.

South of Shechem, stones were thrown at Israeli cars.

And in Jerusalem, Egged bus #3 was hit by stones near the Old City.

On Monday an Israeli man accidentally drove into the village of Husan near Beitar, and was attacked by Palestinians and his car was stolen.

Arabs also attacked an Arab-owned car near Halhul, when they mistook the car for an Israeli-owned one.

Israeli Bus hit by a stone on Thursday near the Kotel.
Photo Credit: Yossi Ovitz 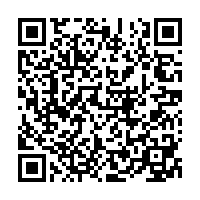