Eliyahu Werdesheim will serve three years probation for assaulting a black teenager in Baltimore in 2010, when he was a member of an Orthodox Jewish neighborhood watch.

Werdesheim, now 24, avoided jail time for the November 2010 beating of Corey Ausby, then 15, the Baltimore Sun reported. Werdesheim was member of the Shomrim watch group at the time of the assault in the Upper Park Heights neighborhood, which is largely Orthodox but is adjacent to heavily African-American communities.


He and his now 22-year-old brother Avi were originally charged with false imprisonment and second-degree assault. Eliyahu Werdesheim was convicted on the two charges and faced up to 10 years in jail. His brother was cleared of all charges in early May. 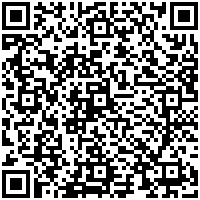