Alexander Müller has resigned from the Swiss People’s Party after a tweet sent from his account called for a repeat of the Night of the Broken Glass, this time targeting Muslims, reports The Local, a Swiss English-language website.

His tweet read: “Maybe we need another Kristallnacht… this time for mosques.”


Earlier, Müller tweeted: “we should take this pack out of the country. I do not want to live with such people.”

Müller stepped down on Tuesday night.

Turns out the Swiss take their extremists seriously, and Müller’s house was searched by police and his computer was confiscated, the newspaper Tages Anzeiger reported.

A criminal case has been opened against him, and Müller’s employer, a credit insurance company (how Swiss is that), has terminated his contract.

Müller denied writing the offending message, but his claim that screenshots of the tweet were forgeries was quickly disproved – archive searches showed that the tweet had in fact come from his @DailyTalk account.

Muslims must have hacked the poor lad’s Tweeter…

The Swiss People’s Party is the largest party in Switzerland’s Federal Assembly, with 54 seats. In 2009 it initiated a constitutional amendment banning the construction of new mosque minarets.

The SVP was founded in 1971 by the merger of the Party of Farmers, Traders and Independents (BGB) and the Democratic Party, while the BGB in turn had been founded on the background of the emerging local farmers’ parties in the late 1910s. Its vote share of 29% in the 2007 Federal Council election was the highest vote ever recorded for a single party in Switzerland.

Dr. Herbert Winter, president of the Swiss Federation of Jewish Communities, told JTA that Muller’s Twitter statement was “totally unacceptable.” He said it was “very offensive” to both the Jewish and Muslim communities because it “implies that Muslims deserve Kristallnacht treatment as the Jews deserved it in 1938.”

JTA reports that Winter also praised the Zurich prosecutor’s office for its “quick action” and noted that the Swiss People’s Party had distanced itself from Muller’s statement.

“Unfortunately, this party sometimes attracts people who don’t necessarily represent the democratic values of our country,” he said.

On November 9 and 10 of 1938, during Kristallnacht, or the Night of the Broken Glass, the Nazis burned down Jewish synagogues, houses and shops in a coordinated attack across Germany and parts of Austria. More than 7,000 shops were destroyed and an estimated 30,000 people were arrested and put into concentration camps.

After his resignation on Tuesday, the Swiss People’s Party said there was “no room permitted for comparison or reference to the unspeakable dictator of the Nazi regime.”

Müller serves on his local school board, and they, too, are asking him to resign, according to Hannah Leonard, president of the district school board for the Zuriberg area. 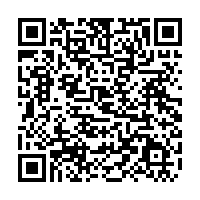