A “victory” claimed by the Boycott, Divestment and Sanctions (BDS)-aligned blog Electronic Intifada , stating that Delta Airlines would stop serving a snack produced in Israel’s Samaria region due to a complaint by the “Coalition of Women for Peace,” has been proven false.

Although the blog’s editor, Ali Abunima, claimed that Delta Airlines lawyers “ruled that Israeli settlement-made snacks should not be served,” Israeli activist Avi Mayer got a letter from the airline saying that the snack in question, a vanilla halva bar, was only removed due to “normal” menu changes, Israel National News reported.


Furthermore, Delta said it “makes a practice of sourcing local goods for catering in most international markets we serve.”

Mayer said that when rocker Lenny Kravitz canceled a trip to Israel last year, BDS activists hailed it as a victory even though Kravitz “has said clearly that he was canceling for totally unrelated reasons.”

“The BDS Movement’s tactics are clear: bully, threaten, and—if all else fails—just plain lie. The hallmarks of a failed movement,” Mayer said. 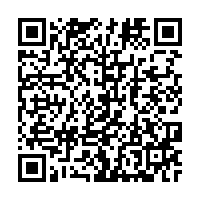