Dr. Aryeh Bachrach, chairman of the Almagor Bereaved Parents Forum, said: “The terrorism switch may be in the hands of Ismail Haniyeh and Hamas, but Netanyahu and Barak are able to influence them to turn it off. At the very least they should switch off the power to Gaza—immediately. Yet Netanyahu and Barak never do. A million Israelis are under siege in underground bomb shelters, while the residents of Gaza walk about freely and enjoy Israeli-generated electricity.”

Almagor head Meir Indor has called on the government to resume the use of artillery against terrorist targets in Gaza. Such operations were cancelled following a discussion before the High Court (details available upon request).


Indor also calls on the government to embark on a long-term operation to crush the terrorist infrastructure in Gaza, as was done in Judea and Samaria (the West Bank) in Operation Defensive Shield. “The goal must be to crush Hamas and to confiscate its weapons and the sophisticated equipment it is importing from abroad, which was yesterday to attack an IDF jeep.”

Indor, who served as a lieutenant colonel in the IDF, has criticized how operations are being carried out in Gaza: “The government of Israel is following the failed model of low-intensity warfare. The measured, limited strikes by the air force are a godsend for Hamas, which is thus able to keep up the conflict with Israel with an interminable game of tit-for-tat—except that Israel frequently fails to react at all. The Israeli government also fails to use any elementary means of pressuring Hamas, such as cutting supplies of money and goods.

“As long as Netanyahu keeps financing the Hamas government, he is not serious about putting an end to Hamas terrorism.” 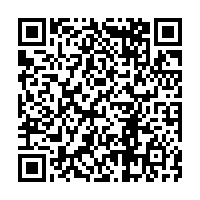