A young Border Police officer died Wednesday in what appears to have been an accidental shooting. The victim has been identified as 19-year-old Avi Gronov of Sderot.

Gronov was apparently shot when a friend’s gun accidentally discharged. The incident is under investigation.

He is survived by his parents and two sisters.

The tragedy comes two weeks after two Border Police officers were wounded by a terrorist. The two were stabbed as they stood guard outside the Old City of Jerusalem. 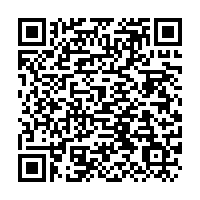