Chief Rabbi of Holon, Israel, Rabbi Avraham Yosef, was interrogated on Wednesday by police for some 8 hours, on suspicion of breach of trust violations.

Police say Rav Yosef is suspected of being allegedly involved in a conflict of interests in the performance of his duties, and in issuing a “mehadrin” (superior) kosher certification unlawfully.


Rav Yosef was released at the end of his interrogation, but his movements have been restricted. 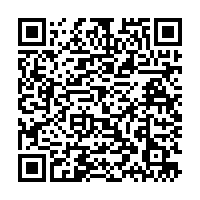