Originally published at Rubin Reports.
On they came, closer and closer, pouring over and through the sturdy fence, the flood of thousands of grey and homespun uniforms, mostly from the division of General George Pickett, (12,500 in the original; about 5,000 this time). Stopping to fire, their volleys popped in a string like fire-crackers, returned by the Union forces, about 6,000 strong, standing behind a knee-high stone wall. The smoke turned the air hazy.

The cannon crews went about their work calmly, at a steady pace, knowing any mistake might blow up barrels already too hot to touch. The gunner pulled out the lanyard held it as if he had all the time in the world and then shouted, “This gun is ready!” To which the officer responded, “Fire!”An astonishingly loud boom rang out, followed by a white cloud. The smoke from the cannons and muskets grew thicker and thicker.


The Provost Guard, the Third U.S. Infantry Regiment, stood patiently about twenty yards behind the front line. We were well-rested, having sat in the shade for about forty minutes away from the stifling heat that the deployed line units faced. We went at a run to the right, spacing ourselves out at five yards distance. It’s the point marked as “The Angle” on this map.

The Provost was the infantry unit belonging to First Division Headquarters, part field intelligence, part military government when needed, and protecting the general staff’s camp. Sometimes we went into the line; sometimes we took prisoners, and we were always visible lest someone thought of deserting ready to shoot the man if he didn’t stop running. Fortunately, no one did.

The headquarters’ staff include the Major General Allen Baldwin, the Gettysburg and now Winchester, MDfire chief, Tony Allen; the chaplain, surgeon, quartermaster Captain Willard Longnecker, and the canteen which using nineteenth century methods made the best bread and butter I’ve ever tasted, Provost, and Signals Corp.

Suddenly, as the still-alive Confederates reached the Union line, we charged forward to go into action. I ran up, sighting the tall form of Sergeant Ross “bayoneting”a Confederate who refused to surrender, I went toward the line. As I got there, an officer I didn’t know told me to escort a Confederate prisoner to the rear. He was a general, part of General Lewis Armistead’s staff. I had stumbled into the central scene of the battle.

Lothario Armistead was born in February 1817, less than two years after his uncle, George, had commanded Fort McHenry in Baltimore against the British bombardment that gave proof through the night that the Star Spangled Banner still waved, in the terms in which Francis Scott Key wrote the National Anthem. He commanded one of three brigades of General Pickett at the July 3, 1863, charge which was Robert E. Lee’s desperate and ill-advised attempt to win the Civil War in one day.

As men fell around him, Armistead put his hat on his sword, held it high and shouted for those left to follow him. And then he fell, mortally wounded next to the Union cannon, the furthest advance the Confederate army made. Today, this called the High Water Markof the Confederacy. Ironically, the commander of the Union forces who hadmortally wounded him was General Winfield Scott Hancock, Armistead’s best friend before the war separated them forever.

About half the Confederates who marched with Pickett that day were killed, wounded, or captured, though a lower proportion were killed than you would expect given the state of medicine at the time.

Meanwhile,the stretcher-bearers carried Armistead back off the line, followed by his two staff officers and several guards. We came to a stop and they put him down. There were about ten Union soldiers standing around him, including Provost Guard commander Major Robert Shurts. An officer handed him a canteen and I leaned closer to hear his words, not in character, “Armistead”said something like, “This is one of the greatest moments of my life.”

I was genuinely touched, whether he was speaking as Armistead or as a re-enactor. He had worked years for this moment, working his way up through the ranks. The sensory element alternated between feeling that one had been transported back to July 1863 to a notion—reinforced by a look up to the packed stands—that we were very much in the present moment.

Then, after a brief pause, which in historic-time might have been attributed to “Armistead” trying to catch his breath from two wounds, he continued, “How did we do?” Nobody wanted to hear a private’s opinion of course, A Union officer who was kneeling at his right side, I’m glad to say I didn’t know him, said, “Well, you’re timing was off and…” going onto a critique of his army’s performance.

It’s a well-known fact in re-enactor circles that the Confederates are always slow but I was shocked by the Union officer’s insensitivity. I murmured that they had done great but as I noted above nobody listens to a private. And then, as if awaiting a signal, the heavy, driving rains poured down on myself, my son Daniel the drummer, and my friend, Joshua Withrow.

The irony is that Armistead in real life did not die of his wounds but of exhaustion. Given the heat of the reenactment one can understand why. Just crossing that huge field in 90 degree heat was an ordeal. But the 150thanniversary of the Battle of Gettysburg was like a Woodstock for re-enactors, assuming almost mythical proportions. In some sense, being there was somewhat closer to being at the 125th or even 100th anniversaries.

Why are people re-enactors? A lot are interested in history, of course, and a surprising number have ancestors who fought in the Civil War. Duane Carrell’s great-grandfather was in the 49th Virginia and fought at Gettysburg in 1863, as he did in 2013. His wife, Gloria, who re-enacts as a civilian and is very knowledgeable about the costumes of the kind, is descended from a Union colonel.

There are people who love the outdoors and those want to immerse themselves in a different era. Believe me, you will never have understood American history as well before you have re-enacted it and had to deal with its customs, ideas, costumes, and tools. You meet a lot of great people that you’d never have encountered otherwise, at a time in history when society has just narrowed to the point when different groups usually don’t interact at all. And at a time when CSPN is now going to broadcast video game tournaments perhaps hobbies and sports are becoming a bit too physically slothful.

But the simple overarching truth is that they are people who deeply love their country and want to be intimately close to its history; people who respect their ancestors who fought for freedom and who are those who they stand indebted to. And the people who come to such events feel the same way. The overall theme was a taken-for-granted patriotism and respect for those who have gone before, from the moment of silence for the firefighters killed in Arizona to the “Star Spangled Banner”and the reverential playing of “Taps.”

Maybe more of that wouldn’t be so bad. 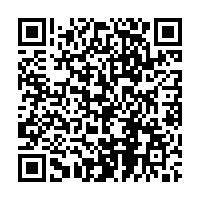