‘Unity’ was one slogan that often came up during the 39th annual mission of the Conference of Presidents of Major American Jewish Organizations held at Jerusalem’s Inbal Hotel – where 110 American Jewish leaders gathered together for meetings and conferences with Israeli figures throughout the week.

The annual mission, whose primary aim is to strengthen ties between the US Jewish community and Israeli leaders and policy makers, emphasized the close ties between American Jewish leaders and Israel.  “This Conference is designed to allow us to hear Israel’s political, military and social leaders so we can devise specific ways to proactively work together to strengthen Israel…” said Malcolm Hoenlein, the executive vice chairman of the conference.


“There are 52 major Jewish organizations represented here. Our umbrella organization, which was established in the 1955, has everyone from the Anti-Defamation League to Peace Now,” Hoenlein told Tazpit News Agency.  “We come from all religious and political spectrums from across the US.”

In light of the upcoming visit of President Barak Obama and the new Israeli government in formation under Prime Minister Benjamin Netanyahu, the conference also stressed the unbreakable relationship between the United States and Israel. 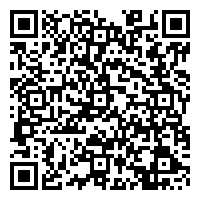