Three years after the crisis in the Turkey-Israel relationship, following the IDF takeover of the Mavi Marmara flotilla, Wednesday morning revealed a dramatic example of cooperation between Turkey and Israel. In a rare gesture of cooperation, the Turks complied with Israel’s request to extradite Guy Hasid, 35, from the town of Or Yehuda, one of the largest traffickers in human flesh in Europe and Israel, Maariv reports.

Hasid’s partner in crime, Rami Saban, is serving a sentence of 18 years in prison after being convicted of trafficking in women.


Hasid was in hiding for three years in the Turkish district of Cyprus, where he was arrested a year and a half ago by the Turks at the request of the Israeli Police, and taken to a prison in Ankara.

The extradition procedure took more than a year, until on Tuesday night Hasid was put on a plane, accompanied by the Central Unit Tel Aviv cops, and flown to Israel. The plane landed at Ben Gurion Airport where the extradition proceedings were completed, and in the afternoon the police is expected to request his remand to a detention center.

The investigation of Hasid is being conducted jointly by four different police departments around the world: Israel, Russia, the Ukraine and Belarus. Saban and Hasid are considered the largest traffickers in Europe and among the largest in the world. The Russians claim that the two are responsible for trafficking in 10,000 women.

“They were solely responsible for smuggling women into Israel through the Egyptian border during the ’90s and 2000s,” said Superintendent Eddie Pliner, head of the Russian desk at the Central Unit, Tel Aviv.

According to police, Guy Hasid ran one of Europe’s largest brothels, which he operated under the guise of a strip club in Turkish Cyprus. There is where he shipped dozens of women from the former Soviet Union for prostitution.

“Israeli law allows us to make arrests of criminals who have trafficked in women and used them for prostitution even outside the country,” a senior Central Unit, Tel Aviv, officer told Maariv. “On that basis, we asked the Turkish police for assistance and extradition. The Turks understood well what was involved, and the scope of this man’s criminal activities, and agreed to cooperate with us and make the extradition.”

Two years ago, Rami Saban was convicted in the District Court in Tel Aviv and was sentenced to 18 years in prison. Police plan to introduce in the Hasid case most of the evidence that was presented in the Saban case.

In the past, the two men were associated with a suspicion that they imported two professional assassins from Belarus to Israel via Egypt, to take out several key Israeli crime figures. 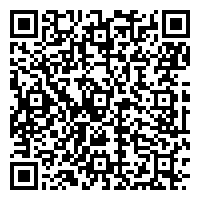