Individuals in the areas affected by Hurricane Sandy should beware of a solicitation letter sent out by GC Environmental, Inc., a private company with no affiliation with the State of New York, falsely claiming to be from the “Department of Remediation,” the New York State Department of Environmental Conservation (DEC) warned today.

The letter states that homeowners will be fined $25,000 per day for failing to clean up their residences from oil spills after the storm and featured a likeness of DEC’s logo.

“In the immediate aftermath of the Hurricane, DEC provided spill cleanup services to more than 2,200 residences. For these actions, DEC will not seek cost recovery from the homeowners,” DEC Commissioner Joe Martens said. “It is unconscionable that a company would try to take advantage of hurricane victims by threatening fines and then promoting the company as the solution.”

The misleading GC Environmental letter points out sections of the New York State Navigation Law that requires those responsible for oil spills to promptly clean up those discharges, and that there could be a penalty of $25,000 a day for failure to complete that cleanup. It also states that any costs related to DEC’s actions in spill cleanup would be the responsibility of the spiller.

DEC will not fine homeowners for discharging oil without a permit or for delaying cleanup of residential oil spills due to Hurricane Sandy.

No services of this company are being offered with the approval of DEC.

More than 4,600 spills were reported to DEC as a result of Hurricane Sandy. DEC responded to approximately 2,200 cases to recover oil, pumping approximately 500,000 gallons of oil and water. DEC and its contractors used vacuum trucks to extract oil floating on the surface of flood waters in basements and living spaces, and also recovered oil from damaged residential fuel oil tanks. DEC also made oil absorbent pads and disposal bags available to anyone who wanted to collect any remaining oil after flood waters had been pumped from their residence.

Much of the oil, which was spilled outside of structures onto yards and other areas, was washed away after the storm or has evaporated. Although there may be some staining on grass and other surfaces from residual petroleum, these small amounts do not pose a significant environmental or public health threat and will continue to naturally degrade over the winter.

When petroleum is spilled inside a structure, residual amounts may create indoor air and odor problems that make the structure uninhabitable even after recoverable oil has been collected. To address this problem, the structure and contents may be cleaned if practicable and contaminated items should be properly disposed.

If there is localized puddling of oil or areas with a thicker film of oil:

Do not let children play in areas visually contaminated with oil;

Avoid tracking oil inside the home on shoes or on the feet of house pets; and

Use cat litter or other absorbent materials available at home improvement stores to absorb the oil (where practical). Many lawns were also damaged by salt water and may need to be replanted in the spring. 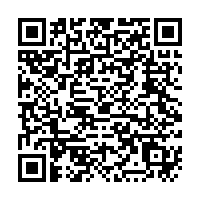