At Wednesday’s press briefing, DOS Spokesperson Victoria Nuland unexpectedly declared—not in response to a reporter’s question, and in the middle of an only loosely-related topic, that the U.S. is not seeking diplomatic contact with the Hamas government in Gaza.

Nuland told the room, seemingly out of the blue: “… Let me just say one other thing which has to do with Hamas.


“There have been some bizarre claims out there that Hamas has a back channel to the U.S. Government or that the U.S. Government is dealing with ex-officials to have some kind of a back channel to Hamas. I want to say here that these assertions are completely untrue. There is no such back channel. And our position on Hamas has not changed. And recent remarks by Hamas leaders during Khaled Meshaal’s visit to Gaza reinforce the fact that Hamas is not a partner for peace. And unless Hamas unambiguously accepts the Quartet principles for peace, it cannot be a partner in any negotiations.” As you may recall, the U.S. Congress last month froze $200 million in development aid to the Palestinian Authority, in response to PA Chairman Mahmoud Abbas’s successful move to upgrade his organization’s status at the UN.

At the daily press briefing on Wednesday, a reporter asked Spokesperson Nuland: “Victoria, what about the money that is being withheld? The Palestinian sources … say that they are on the verge of collapse and total bankruptcy. Have you done anything to … persuade Congress to release the money?”

QUESTION: Are you also urging Israel not to hold up their tax revenue?

Israel’s finance minister, who declared the suspension of tax payment transfers, explained at the time that this was done because the PA hadn’t been paying its electric bill, and owes $800 to the Israeli electric company.

According to Wednesday’s Jordan Times, at the recent Arab foreign ministers’ meeting in Doha, Qatar, Arab states agreed to come to the rescue of the Palestinian Authority by pledging a $100 million monthly payment.

That should cover the electric bill…

NULAND: We are making clear to the Government of Israel that we think funding of the Palestinian Authority is necessary, and that it should work with the PA to address the issues that they have, and that all sides need to take steps to reduce tensions, to build trust, to produce the kind of climate that’s going to get us back to direct talks. 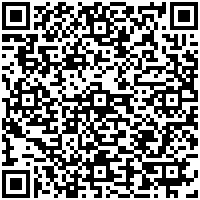