Former New York Mayor Bill de Blasio announced Tuesday that he will not run for governor of New York, as he was considered in the last few months of his city administration.

The Democratic lawmaker, who ran the city from 2014 through the end of 2021, announced his decision in a video posted to Twitter in which he stood on the same Brooklyn street where he had announced his candidacy for mayor years ago.

I am not going to be running for Governor of New York State, but I am going to devote every fiber of my being to fighting inequality in the state of New York. pic.twitter.com/cBZ03BpO0s

“I am going to devote every fiber of my being to fight inequality in the state of New York,” he said during the announcement.

According to a recent poll from Siena College Research Institute quoted by The Wall Street Journal, Incumbent Democratic Governor Kathy Hochul, who plans to run for her post in the next election, so far has 46 percent of support from her party, as opposed to the 12 percent de Blasio had attracted. 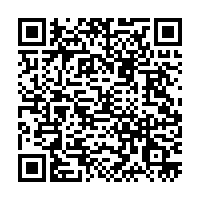