Egyptian forces in Rafah seized 5,000 gallons of fuel ready to be smuggled into Gaza on Sunday, security officials told Ma’an.

Egyptian border guards discovered the fuel shipment while monitoring a tunnel smuggling area on the Egyptian side of Rafah.


In late January, Qatari-donated fuel to Gaza was suspended due to the security situation in Egypt. Violent clashes between Sinai-based armed terrorists and Egyptian forces led to a suspension of deliveries last November, but they resumed in January.

The Qatari fuel is part of 5.5 million gallons donated by the Gulf state to ease Gaza’s energy crisis.

Last week, Egyptian forces began flooding smuggling tunnels under the Gaza border in a campaign to shut them down. The tunnels have provided a lifeline to Gaza Arabs since Israel intensified its blockade of the Gaza Strip in 2007. 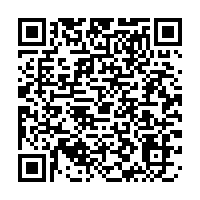