We’re filing this one under the “Purim Torah” category, but on a day rife with miracles and secret hints and unpronounced plots and narratives, it might as well be something to consider year-round.

Let’s start with the fact—acknowledged by many, including the late Rabbi Tzvi Yehuda HaCohen Kook—that there are two kinds of antisemitism. Over the years they’ve become intertwined, and so they’re hard to tell apart sometimes, but the distinction is important if we wish to understand the mythical hatred of God’s archenemy Amalek (For he said, Because God has sworn that God will have war with Amalek from generation to generation. Ex. 17:16).


One kind of antisemitism is not very different from any other ethnic conflict, over new and ancient disputes, like the conflicts between Serbs and Muslims, Tutsi and Hutus, Flemish and Walloon. I would include the hatred of Palestinians towards Jews in this context, because, essentially, it is rooted in a dispute over land. It may have expanded by now to darker regions, but its inception was in a “normal” ethnic conflict.

Then there’s the ideological antisemitism, the Amalek kind. It was not born by anything the Jews have done to anyone, it comes from a baseless hatred, or, if you will, as the verse in Exodus suggests, a hatred of God which is expressed through the hatred of His children.

After which that clever monster calls on his men to disregard those emotional urges, stare straight at the piles of corpses, and harden their hearts, because “The difficult decision has to be taken, to cause this Volk to disappear from the earth.”

That’s the cold, unwavering essence of Amalek, that’s the spiritual source that made Auschwitz happen, and that’s the driving force behind horrid monstrosities like the Ayatollahs and their clown, Mahmoud Ahmadinejad. They see us, whether for racial or for religious reasons, as the essential evil in the world and they want us—all of us, including the Neturei Karta idiots who kiss their hands—dead.

Traditionally, we’ve been led by the tribe of Juda, a son of Leah. This is because Juda, like his most beloved great grandson King David, have been able to teach us how to do T’shuva-repent. They’ve taught us—and the world—that repent involves first and foremost accepting responsibility for the wrong that was done, then expressing full regret for having done it, then fixing as best we can what we’ve done, and, finally, resolving to never repeat it.

Those skills are useless against Amalek. As soon as we reveal what we’ve done wrong, that’s all Amalek wants to hear. Anything we’ll add will only bolster his resolve to annihilate every last one of us, wherever we reside, men, women and children.

It disqualified them from being our long-term rulers, implies the gemora in Yoma 22b: “Shmuel said: Why didn’t the kingdom of Shaul last longer? Because he had no imperfection. As Rabbi Yochanan said citing Rabbi Shimon ben Yehotzadak: We do not appoint a public leader unless there’s a can of vermin dragging behind him, so that, should he feel haughty, we’ll tell him: Look behind you.”

I’m not sure why the children of Rachel have been so perfect. Maybe it had to do with the fact that Rachel was Jacob’s true love: why, the moment he saw her he couldn’t help himself, grabbed her and kissed her (to the chagrin of more than one commentator). Perhaps it takes that kind of love to spawn perfect children. Leah’s love was troubled and tormented, rife with self doubt – the stuff that makes for introspective children with a weakness for poetry. 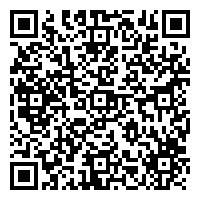